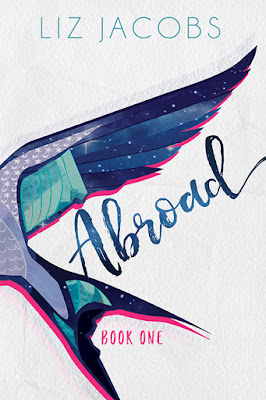 About Abroad
Nick Melnikov doesn’t know where he belongs. He was just a kid when his Russian-Jewish family immigrated to Michigan. Now he’s in London for university, overwhelmed by unexpected memories. Socially anxious, intensely private, and closeted, Nick doesn’t expect to fall in so quickly with a tight-knit group of students from his college, and it’s both exhilarating and scary. Hanging out with them is a roller coaster of serious awkward and incredible longing, especially when the most intimidating of the group, Dex, looks his way.

Dex Cartwell knows exactly who he is: a black queer guy who doesn’t give a toss what anybody thinks of him. He is absolutely, one-hundred-percent, totally in control of his life. Apart, maybe, from the stress of his family’s abrupt move to an affluent, largely white town. And worrying about his younger brother feeling increasingly isolated as a result. And the persistent broken heart he’s been nursing for a while . . .

When Nick and Dex meet, both find themselves intrigued. Countless late-night conversations only sharpen their attraction. But the last thing Nick wants is to face his deepest secret, and the last thing Dex needs is another heartache. Dex has had to fight too hard for his right to be where he is. Nick isn’t even sure where he’s from. So how can either of them tell where this is going?

Read my five-starred review of Abroad.

An Excerpt from Abroad
Nick didn't feel better in the morning. At three am, his anxiety had been a shapeless thing, with weight and texture but part of dreams, too. A sort of terrifying unreality he had to breathe through.

At eight am, as his alarm shrieked at him to wake the fuck up, the shapeless, textured thing coalesced into something more terrifying than the nightly ghosts. If, at ten years old, he'd been aware that being unable to answer the kids on the bus who asked him why his teeth looked the way they did would someday end, at twenty, he knew better.

He wanted Dex. Of all people, of all the people he had met, he wanted him so much, his hands ached with it. Nick was past denying anything. All he knew now was the whine in his chest that told him truth frightened more than denial.

A Note from Liz Jacobs
Abroad is a story of struggle, love, identity, fear, family, and friendship. It's about finding your people. It's a story of how our cultures can define, constrict, and, ultimately, free us. It's a story of immigration and its fallout, of confusion and clashes and how help can come from the most unexpected places. It's the story I have always wanted to tell, ever since I was a confused, frightened immigrant kid with no recourse but to adapt to unfamiliar surroundings or sink. In many ways, while fictionalized and quite altered, this is my story. 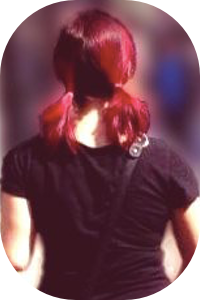 Liz Jacobs came over with her family from Russia at the age of 11 as a Jewish refugee. All in all, her life has gotten steadily better since that moment. They settled in an ultra-liberal haven in the middle of New York State, which sort of helped her with the whole “grappling with her sexuality” business.

She has spent a lot of her time flitting from passion project to passion project, but writing remains her constant. She has flown planes, drawn, made jewelry, had an improbable internet encounter before it was cool, and successfully wooed the love of her life in a military-style campaign. She has been nominated for the Pushcart Prize for her essay on her family’s experience with immigration.

She currently lives with her wife in Massachusetts, splitting her time between her day job, writing, and watching a veritable boatload of British murder mysteries.