Book Spotlight: The Werewolf and His Boy by Warren Rochelle 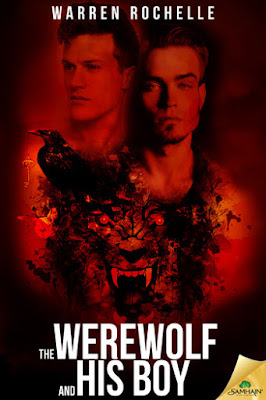 The Werewolf and His Boy
by Warren Rochelle
Date Released: September 27, 2016
Samhain Publishing

About The Werewolf and His Boy
Their leap of faith could unleash magic-or plunge them into darkness.

Henry Thorn has worked at Larkin's since graduating high school. He likes it—especially when he can use his secret skill of hiding inside shadows so his boss can't find him. Without that talent, he would never have survived growing up different.

When a new hire enters the store, Henry's other latent talent kicks in. He can smell an emotional response even before he lays eyes on the redhead.

Jamey Currey came out, and his conservative parents promptly kicked him out. He, too, is different—he senses Henry's attraction the moment they meet. The first time they kiss, torrential rains fall from skies split by lightning.

Their kiss also awakens the Watchers, diabolical hunters who will stop at nothing—even extermination—to keep magic suppressed. With the help of a coven of friendly witches, the boys embark on a quest to discover an ancient key to restoring magic to the world, and to understand the mysteries of their own hearts.

Add The Werewolf and His Boy on Goodreads. 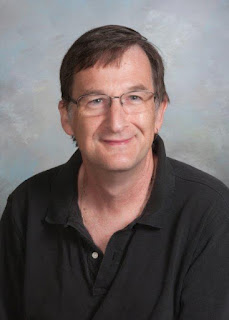 Warren Rochelle is a Professor of English at the University of Mary Washington in Fredericksburg, Virginia. His short fiction and poetry are published in such journals as Aboriginal Science Fiction, Forbidden Lines, Crucible, The Charlotte Poetry Review, the Asheville Poetry Review, the North Carolina Literary Review, Romance and Beyond, and Icarus. A critical book, Communities of the Heart: the Rhetoric of Myth in the Fiction of Ursula K. Le Guin, was published by Liverpool University Press in early 2001.

The Werewolf and His Boy, his fourth novel, was released on September 27, 2016 from Samhain Publishing.