September 22, 2016
One of my top series picks for 2016 is author A.J. Pine's Kingston Ale House. I adored the first two novels—The One That Got Away and Six Month Rule—and am eagerly anticipating the release of book three, Three Simple Words next month. Now, the covers for books one and two were gorgeous, with a soft and sweet feel to them, but as much I liked those, the cover makeovers the series has gotten are sizzling hot! It is such a privilege for me to be a part of re-brand reveal for Kingston Ale House, and if you haven't read this series, I'm highly recommending you catch up before the third book arrives! Let the drooling commence: 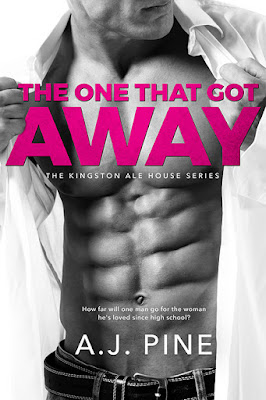 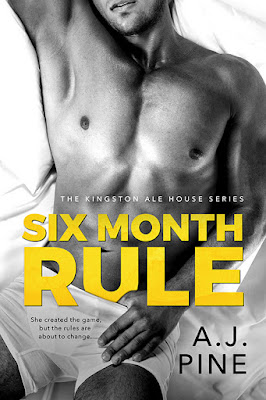 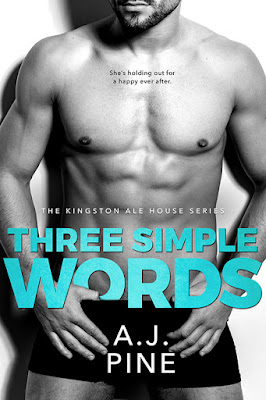 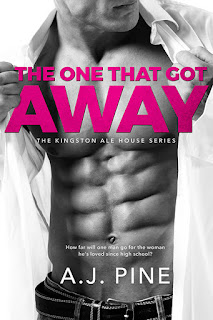 The One That Got Away (book one) – Date Released: April 18, 2016
How far will one man go for the woman he’s loved since high school?

Jamie
I’ve been in love with my best friend for as long as I can remember. I tried to tell her in high school, which royally backfired. Ten years hasn’t changed things, but now I’m finally ready to lay it all out on the table. The only problem? She’s got her sights set on someone else.

I made the mistake of letting her go once before. This time, I’m going to prove that the only guy she needs is me.

Brynn
We’re best friends—nothing more—and it’s good like this. That’s what I’ve been telling myself since the night in high school when we shared a single kiss, a night that was great—but then wasn’t. Now we’re on a road trip to California, and he’s surprising me at every turn—helping me overcome my fear of heights, belting out my favorite Monkees song, and looking way sexier with his shirt off than a best friend is supposed to.

But admitting how I feel may mean losing our friendship. I thought I’d find happiness in California, but now I’m wondering if the right guy for me has been by my side all along.

Read my five-plus-starred review of The One That Got Away.

Add The One That Got Away on Goodreads.

Learn more about The One That Got Away on Entangled Publishing. 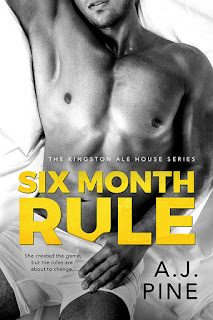 The second I met Will Evans in his three-piece suit with that hot as hell British accent, I wanted him.

That is…until he insulted my shoes and stole my corner office.

Now I have to work side-by-side with the surly British arsehole who just set my career back six months.

It’s fine. That accent won’t get to me, no matter how sexy it sounds when he asks permission to do things professionals shouldn’t do. On the couch. In the corner office I still wish was mine.

Maybe we can’t keep our hands off each other, but I’m sure as hell not falling for a guy who lives an ocean away. Because in six months, he’s leaving for good.

I don’t do broken hearts, but you know what they say…

There’s a first time for everything. 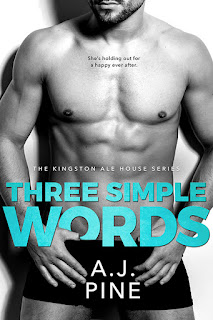 Three Simple Words (book three) – Release Date: October 17, 2016
She's holding out for a happily ever after.

Annie
I know where to find my happily ever after—between the pages of a romance novel. It’s why I sell books, why I blog about them, and why I’ll never get disappointed by love.

So what if my brother’s best friend from high school is now a bestselling author? Or that he just blew back into town on a Harley, filling out a pair of jeans like he never did before? Or that he’s agreed to do a signing at my bookstore on such short notice? Because despite all his adoring female fans, I kind of hated his book.

Wes
The last time I saw Annie Denning, she was a senior in high school, three years older than me and way out of my league.

Now I’m her last-minute date to a wedding, and what started as a night of pure fun has turned into something more real than either of us anticipated.

Annie is my muse. When I’m with her, my writer’s block fades away, and the words finally flow.

The only problem? She wants the fairy tale—her very own happily ever after—and anyone who’s read my book knows the truth. I just don’t believe they exist.

A Note from A.J. Pine
You may be wondering why my latest series, Kingston Ale House, has gotten a makeover or has been re-branded. The biggest reason for the re-brand is that we (myself and my publisher) wanted readers to know these books were different from my previous titles. My first series, the If Only series, was New Adult (NA). And while those books did get progressively sexier as the series went on and the characters grew older, they still had a sweeter feel to them.

The Kingston Ale House series has more mature characters. They're established in careers. They've had life experiences that my NA characters haven't had yet...which means they've also had more experience in the...ahem...bedroom.

This series still has the same humor and heart you'll find in my earlier books, but I'm dialing up the heat level, and we wanted to make sure readers knew that too. I'm thinking Entangled succeeded on that front. Don't you? 😉 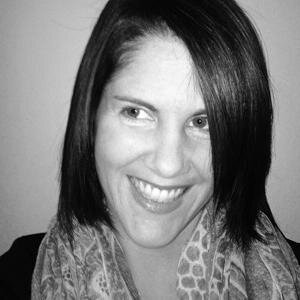 A.J. Pine writes stories to break readers’ hearts, but don’t worry—she’ll mend them with a happily ever after. As an English teacher and a librarian, A.J. has always surrounded herself with books. All her favorites have one big commonality–romance. Naturally, the books she writes have the same. When she’s not writing, she’s of course reading. Then there’s online shopping (everything from groceries to shoes). And a tiny bit of TV where she nourishes her undying love of vampires, superheroes, and a certain high-functioning sociopath detective. You’ll also find her hanging with her family in the Chicago ‘burbs.

A.J. Pine is the author of the If Only series, the Only You series, and the current Kingston Ale House series. She is represented by Courtney Miller-Callihan of Handspun Literary. 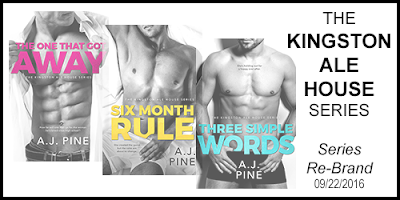