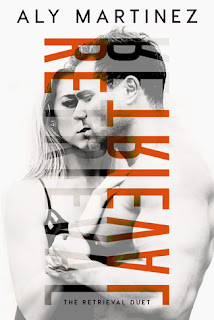 “Elisabeth?” My voice softened, but the question remained the same. “Are you coming back?”

“No,” she replied, swiping the tears from her cheeks.

A thousand arrows fell from the sky, searing into my soul. My breath hitched, and my lungs burned. This was it—the end of my life as I knew it. But, in that moment, with her shoulder hunched forward in defeat, I realized that it was the end of hers, too.

Why did that realization hurt more than the lifetime of loneliness that was awaiting me when the sun rose?

Roman Leblanc was a military veteran who met the love of his life when he was twenty-seven, proposing on their very first date. Elisabeth Keller waited to say yes a full day and at twenty-six she was married to the only man she would ever love. For five years, they remained married, committed, no one doubting how much they loved and adored each other. But it was in their desire to have a family where they faced their greatest challenge and just when their dream had finally become reality that fate took a heartrending swipe at them, knocking them to the ground and tossing their marriage to the wayside. Two years later, Roman and Elisabeth remain apart, but fate is lying in wait, ready to pounce with news that could break what’s left of them even further…or maybe be the very catalyst that makes them realize how much they belong together.

Oh wow. That so went in a direction I sorta, kinda, maybe considered and yet as a whole, I’m still blown away by where Aly Martinez took Retrieval, the first in the same titled duet. This felt different from her past work, yet also had an air of familiarity of it in terms of it being about true love, family, and overcoming adversity unique to this story and these characters. There’s the drama and the angst befitting the tale Roman and Elisabeth tell, but it surprisingly had more witty humor than I was expecting. The verbal exchanges alone deserved five stars. Readers are greeted with the aftermath of two people who have crumbled under the weight of loss and then we meet Roman and Elisabeth two years afterwards. We see how they are now, still in love with each other, and get numerous glimpses of how their romance began and lasted for half a decade.

The story is told from more than one point of view and those varying points of view make it clear that there is so much going on than you would probably think. Funny enough, it wasn’t the synopsis that made me wonder what the story was about; it was the back cover. I’m one of those weird people who try to figure out what the potential twist in the story is going to be. But like I said in the previous paragraph, it was headed in the direction I felt it hinted at but, oh boy, it went above and beyond, soaring with an intriguing story, that yes, fellow cliffhanger haters, ends in a dreaded cliffhanger. However, the wait isn’t too long, with just a couple of weeks between the release dates for the first and second books in this duet. Retrieval has me, hook, line, and sinker, and I’m excitedly anticipating having Transfer on my e-reader very soon. Five-plus stars. ♥