September 30, 2016
Bestselling author Terri Anne Browning's new spin-off series isn't set for release until next year, but I've already got the cover ready and waiting for everyone to see! Check out Tainted Kiss, the first novel in the Tainted Knights series, a sub-series of Lucy & Harris: 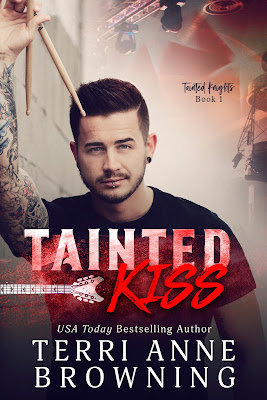 About Tainted Kiss
Tainted Kiss focuses on Kale Conway, the drummer for the hottest new band managed by Emmie Armstrong, Tainted Knights. He knows he wants Santana the second she giggle/snorts during the band’s first photo shoot. They only have a few days together before the band leaves on a nine-week tour, but he makes promises Santana isn’t sure he can keep. With the paps following the band around like a shiny new toy, she can’t help but see that all those whispered promises were nothing but Kale playing her. After returning from tour, Kale can’t understand why Santana won’t even look at him, or why the paps are suddenly calling him Daddy. 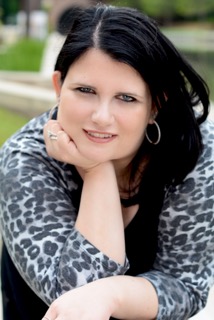 Terri Anne Browning is the USA Today bestselling author of The Rocker... series. She started writing her own novellas at the age of sixteen, forcing her sister to be her one woman fan club. Now she has a few more readers and a lot more passion for writing. Being dyslexic, she never thought a career in writing would be possible, yet she has been on bestselling lists multiple times since 2013.

Reese: A Safe Haven Novella was her first Indie published book. The Rocker Who Holds Me changed the tables and kicked off The Rocker... series featuring the sinfully delicious members of Demon's Wings. The Rocker... series has since expanded to OtherWorld with Axton Cage and his band members. Other books by Terri Anne include the Angel's Halo MC series as well asthe Lucy & Harris novellas series.