- September 28, 2016
Meet author Carian Cole's alter ego by way of her debut release, Plunge, the first in the Solivagant series. Ready to see the hauntingly beautiful cover for it? Have a look: 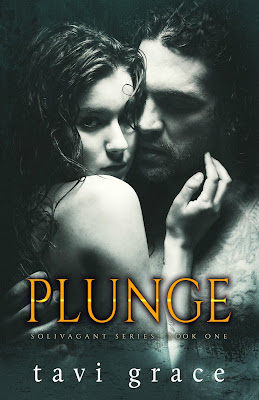 About Plunge
I tried to killed myself.

And much like everything else in my life, it went wrong.
Terribly wrong.

I woke up dead and broken. But not dead at all.
And not alone.

I want to go back. To the life that no longer seems as hopeless or as horrible as I thought it was. Even back to the man who wasn’t nearly as frightening as the one who’s now slowly inching his way across the room.
Closer to me.

But I can’t go back. The door has been closed. The lock has turned. The key thrown away.

Now there’s just the dark. And the quiet. And the fear. And those eyes.
And that touch.

He made me his angel. He became my God.

And I don’t know if this is heaven or hell. 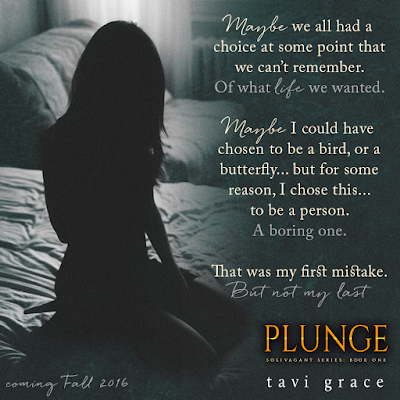 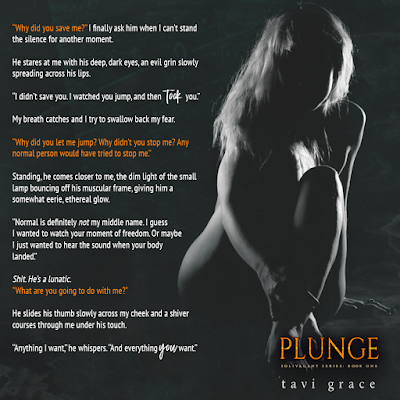 About Tavi Grace
Tavi Grace is the alter ego of author Carian Cole who wanted to write words that Carian didn’t want to write.

Ms. Grace writes stories about sexy, damaged, and slightly evil men and the women that will inevitably fall under their spell even though they damn well know they shouldn’t. These books will most likely have a few WTF moments and may or may not have a happy ending depending on how much sleep Tavi has gotten.

Tavi is almost half a hundred years old and lives in a house in the woods with a hot guy and a bunch of fuzzy pets that shed non-stop. She has an unhealthy addiction to toasted marshmallow flavored lattes, listens to the TV instead of watches it, and suffers from chronic wordlust. 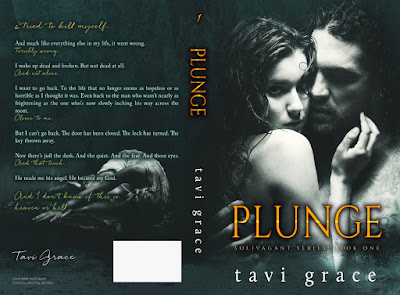