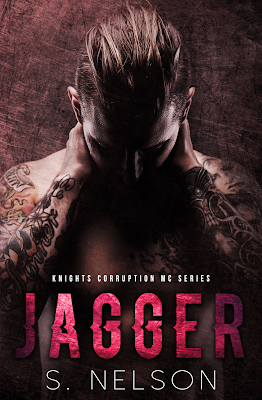 In order to prove his loyalty, Knights Corruption prospect, Jagger Blakeslee, readily agreed to immerse himself in situations that weren't meant for the faint of heart.

Kena Prescott wasn’t like everyone else. Leading a simple yet lonely life, she preferred to live in the background, avoiding potential heartache by never bringing attention to herself or the challenge she faced on a daily basis.

Until a fated encounter with a stranger thrust her into a world she had never known existed.

He’d come to her rescue, but in the end, would she be the one to save him? 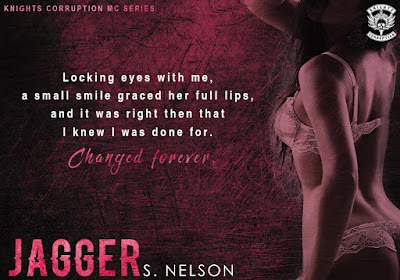 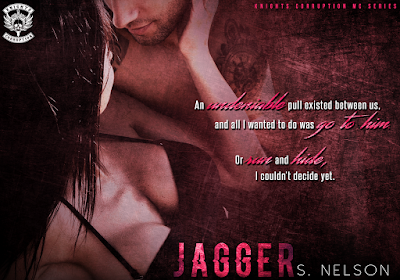 S. Nelson grew up with a love of reading and a very active imagination, never putting pen to paper, or fingers to keyboard until 2013. Her passion to create was overwhelming and within a few months she’d written her first novel, Stolen Fate.  When she isn’t engrossed in creating one of the many stories rattling around inside her head, she loves to read and travel as much as she can.  She lives in the Northeast with her husband and two dogs, enjoying the ever changing seasons. 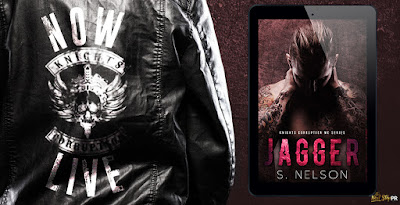