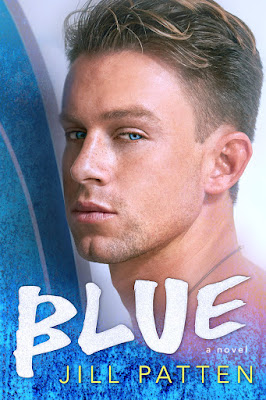 About Blue
He is a thief.
She is his victim.

Lance King, known as Blue, is the charming, local surfer bad boy everyone falls for. This comes in handy since he enjoys taking advantage of privileged college kids as they throw money around wherever they go. What turns out to be a typical spring break quickly changes when he meets the one tourist who exceeds his expectations.

Phoebe McCormick is on her way to having the time of her life. With Panama City Beach in her sights, and her two best friends by her side, the possibilities are endless, or so she thinks. What she isn’t expecting is Blue, the local surfer to nearly ruin her long anticipated spring break. Her carefree attitude and his charismatic personality is the perfect combination for a successful friendship, but their relationship turns out to be anything but. Once the fantasy world of spring break is over and life resumes in Pennsylvania, a secret she thought she’d be able to keep hidden emerges, making it difficult to ignore.

He steals her money, but she will steal something far more valuable from him—a memento that will forever change his life.

She is a thief.
He is her victim.

Note: This is a standalone. 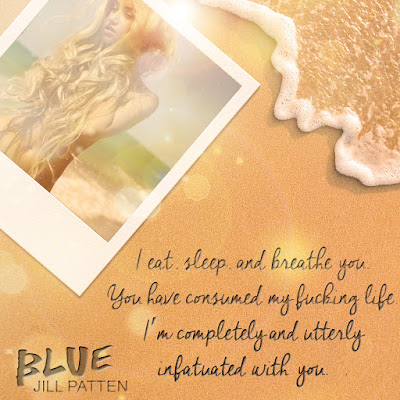 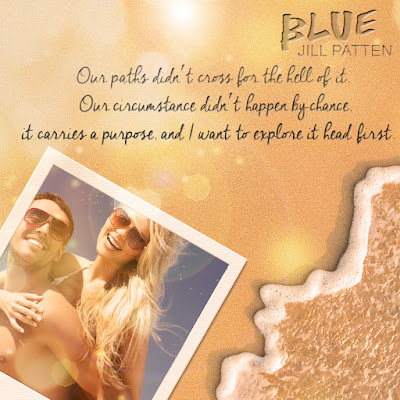 An Excerpt from Blue
Maybe he can be my one-night stand. I’d do him.

Shouldn’t I at least have a memorable night of sex before I go back home? Hell, I’m getting ahead of myself. He might not have any interest in sex. He might be one of those rare guys who still have morals and not fuck the girl until the second date.

He pushes up on his arms, giving me room to breathe. “Please don’t tell me you’re mad. My feelings will be hurt if you didn’t enjoy that as much as I did.” He smiles and it’s infectious.

I shake my head. “No, I’m not mad. A little surprised. And you’ve left me wondering what your intentions are now,” I state, challenging him to spill his guts.

“Does there have to be an agenda?” he asks. “Can’t a hot guy such as myself kiss a beautiful girl like you all because he wants to see if her succulent lips taste as good as they look?”

I narrow my eyes at him then bust out in laughter. “That has to be the corniest pick-up line I’ve ever heard. Do you say that to all the girls?”

“No. Just the ones I want. Just you,” he says with a blank expression. His clear, blue eyes burn into mine with too much seriousness for my liking. Whatever it is he sees in me, he needs to erase the vision quick. I’m not one to settle into a serious relationship, especially a long distance one. And I’m definitely not one for a good lay whenever he sees fit, if that’s what he’s going for. If sex is involved, it’s because I want it.

My mouth suddenly goes dry. I don’t know how to take his declaration. “Well, okay then.”

He rolls away from me, resting his body on his elbows. “Sorry.” He looks up at the starry sky. “Molly gets pissed at me when I don’t use my filter.” He turns his head and looks my way. “I’m kind of straight-forward. I don’t see any sense in pussy-footing around with what I want to say—or do.”

“Nothing wrong with that, I guess,” I say with a shrug. “I prefer someone to be honest with me rather than feed me a line of bullshit. But as for doing what you want…that can get you in a lot of trouble. You’re lucky I didn’t haul off and punch you in the face.” I chuckle. “But, you’re Molly’s brother and I like her, so I don’t want to screw things up with her because of you. Besides, you’re not bad-looking either. And you’re a pretty good kisser, too,” I say as nonchalantly as I can.

Catching me off guard as I’m staring into the same sky as him, he’s back in my personal space. This time his pretty eyes are hidden in the depths of the night.

“Perfect. Because I’m ready for another round of your tongue,” he says as he goes in for the kill.

I shove my arm in between his body and mine before our lips touch and push him off of me. “Don’t press your luck, lover boy.”

Dramatically, he falls on his back, holds his hands over his heart, and throws in a few faux sniffles. “Wounded.”

Tilting my head in his direction, I give him an apathetic glare. “Tuck your lip back in before you get sand in it.”

He shakes his head. “Damn, girl, you’re harsh. You reject me then pour salt in my wounds.”

I can see him looking at me from the corner of his eye, and he’s trying to contain the smirk on his face. I hope he never attends acting classes because he’ll fail miserably.

He quickly flips over to his side and props himself up on his elbow. “So, you wanna go out later tonight?”

“Psshhh…I’m secure enough with my game to allow a little refusal here and there. It obviously hasn’t stopped me.”

“No, baby cakes, you’re definitely not a game. I can already see that you don’t like to play,” he adds, protruding his bottom lip.

Would I be a bad person if I admit I want to suck on that lip? Of course, I won’t tell him, but his lips are mighty tasty. And they felt amazing against mine. Maybe I could have a little fun with him while I’m here. Stick to one guy for the week instead of taking my chances with some random freak. I sort of know him, and I sort of know his sister. They seem like good people, so he would be perfect. Plus, he carries a love ‘em and leave ‘em vibe, and that is, after all, what I need. No strings attached.

Propping myself up on an elbow, I turn to face him. “Because I feel sorry for you and your enormous ego, I’ll hang out with you tonight. Let me text my besties one more time to see how they are.” 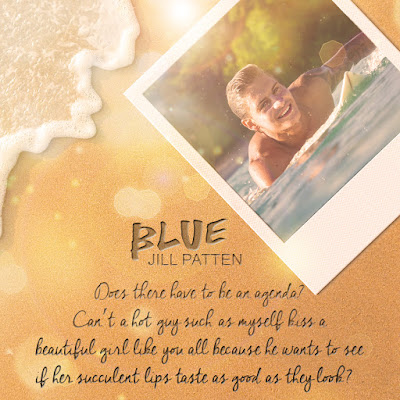 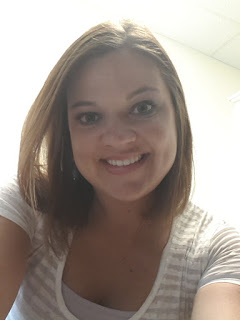 Jill Patten was born a Yankee, but raised a southerner. She lives in the small town of Mayberry, North Carolina which was made famous by a popular TV show back in the sixties. (Maybe there will one day be a statue of her at the end of Main Street. Ha! A girl can dream, right?)

Jill has always loved to read, even during reading labs in middle school for reading comprehension. Judy Blume was her first author she hero-worshipped, maturing to revere the works of Stephen King. With all the fantastic authors today, she simply cannot choose a favorite. Her taste is very eclectic and she loves almost all genres. When she's not captivated by her fictional characters, she spends time with her sweet husband and two beautiful children.

Music is her muse. Jill also loves elephants, sarcasm, and anything made with sugar, especially sweet tea. She enjoys all things rude and crude and laughs at stuff she probably shouldn't. She has been accused of being bossy a time or two, but doesn't really see it herself.

All in all, Jill is just a small town girl in this great big world trying to enable your book addiction.

Oh, and if you read her book, please leave her a review—good or bad, she'll love you forever. 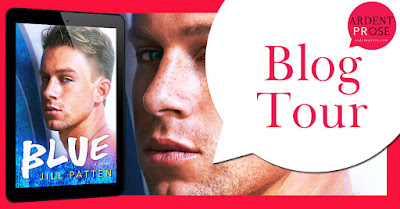