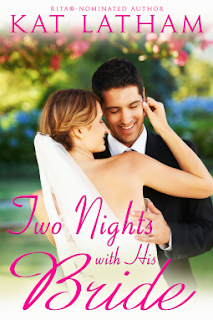 She may be Nancy Parsons, soap opera actress and celebrity, to the rest of the world but in Marietta, Montana, she will always be Nancylynn Pruitt, small town girl who made a name for herself. She may have grown up poor and her family may have struggled through financial and health issues, but she's made sure to try and provide for them, even giving her parents a horse ranch, the very same one that belonged to generations of the Wyatts, the family that helped them out when times were tough. She's returned home for her wedding to Hollywood's most popular leading man but things aren't going exactly as planned, especially when she spends time with Wyatt Wilder while on a bachelorette party cum outdoor adventure.

He may have broken her heart when she was only fifteen and offered herself to him but Wyatt knows his twenty-one-year-old self did the right thing. Now, Nancylynn's as beautiful as ever and as much as his traitorous body tells him to act on his attraction to her, all he has to do is take a look on the ring on her finger to remind himself that she's already taken. Unfortunately, when he sees what kind of man her fiancé is, he knows he needs to say something for her sake. But with Nancylynn avoiding him, Wyatt isn't sure just how to make the brave girl he saw grow up into a successful and gorgeous woman see that the man waiting for her at the end of the aisle is the wrong one for her and if he's doing it for her or himself as well.

Now that is how you end a series on a high note! Kat Latham's Two Nights with His Bride was exactly what I wanted in this sixth and final book in the multi-authored Montana Born Brides series from Tule Publishing. Nancy Parsons, aka Nancylynn Pruitt, was a constant figure throughout the first five books and to finally have her story told in such a manner is the proverbial cherry on top of what's been an entertaining and fun-filled series about six women who become brides and the men who they spend their forever-afters with. The snippets we get of Nancy and her groom-to-be, Jared Lovell, show that their fairy tale love story is exactly that: a fairy tale, one that sounds too good to be true and we get evidence of it time and again. I found myself wishing she would see him for what he truly was but sometimes, we see what we want to see, refusing to listen to others when they tell you otherwise, as was the case with Nancy.

With stories like this, you pretty much have an idea what kind of an ending you're going to get but the route that Nancy and Wyatt took to get their was such a pleasant and unexpected ride and I couldn't help but grin like a complete nut when I got to the end. I oohed and I aahed and I simply enjoyed this contemporary romance and Nancy and Wyatt's tale of true love coming to fruition in its own perfect time. On a side note, I had no clue that Wyatt was connected with Gabriel Morales from One Night with Her Bachelor (the Bachelor Auction series) and Camila Morales from Taming the Legend (the London Legends series). I had already read both books and completed both series and it's highly possible that Wyatt was mentioned then but I didn't make the connection until Gabriel showed up in this story. Silly me. I'm happily recommending the Montana Born Brides series with an extra special mention to my favorite book in the bunch: Two Nights with His Bride by Kat Latham. This very fab read gets five out of five stars. ♥

Purchase Two Nights with His Bride on Amazon.