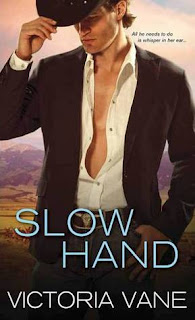 Nicole "Nikki" Powell finds herself flying to Montana in order to bury the father who left her when she was just a child. When she meets the lawyer she's hired to help her with her father's affairs turns out to be the good looking cowboy who gave up his seat so she could get on her connecting flight, Nikki isn't sure if he's a fluke. After all, her past experiences with cowboys have left her more than gun-shy when it comes to that particular breed of man. But there's something about the sweet, sexy, smart, and oh-so-flirtatious cowboy lawyer that has Nikki wondering if he's worth taking a risk on or if she should keep her distance.

Wade Knowlton simply couldn't help himself when he spied the distraught young woman needing a seat on the next flight out to Montana. Giving up his seat was an act of kindness on his part, but he never expected to cross paths with her again hours later. He knows she's averse to cowboys, but he wants to prove to her that he's nothing like the cowboys she's encountered in the past and makes his intentions crystal clear. But even as they grow closer, Nikki's lack of willingness to open herself to the possibilities of having something more with Wade may be the one obstacle that this cowboy won't be able to overcome.

Slow Hand is the first book in the Hot Cowboy Nights series by Victoria Vane and is about a Southerner who has sworn off cowboys only to meet the one cowboy who may very well change her mind about her self-imposed boycott. There's a lot of sexual tension that goes on between lead characters Nikki Powell and Wade Knowlton, and while Nikki's back and forth does tend to get frustrating after a while, you do find yourself satisfied when they finally get together. There are also sweet and tender moments between the two of them, showing that this wasn't a case of mere lust, especially on Wade's part since Nikki was wary about his being a cowboy. They both have their family issues, Nikki with her estrangement from her father and her less than ideal one with her mother and Wade with the tension between himself and his older brother who refuses to sell the family ranch that Wade has been financially keeping afloat for years, plus there's a secret that Wade is reluctant to share with Nikki, one that triggered the rift with his brother.

One of the most interesting things about this book was the fact that the three words you almost always expect to read in a romance novel were never exchanged here. While I've read a handful of stories that don't include declarations of love, something I appreciate when the story spans only a few days or a week or two because it's more realistic, the fact that there were certain demands and expectations that Wade was placing on Nikki made me expect him to say something. Then there's the epilogue, which I will not go into in case there are readers out there who haven't read this book yet, where you would think one or both of them would say something but nada. It was weird but not overly disappointing and it didn't really affect my overall impression of the book. As far as this being a cowboy romance, I was happy with the pacing of the story and I did like both Wade and Nikki, with Wade's brother Dirk quite an impression, though not necessarily an overall positive one. Slow Hand was a good series starter and I'm giving this four stars. ♥