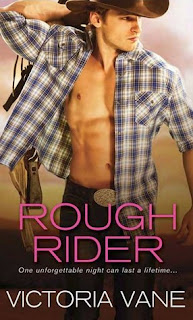 Dirk Knowlton's life was all about the rodeo, but being one of the best bull riders around wasn't enough to keep him in that world, deciding that it was time for him to walk away and focus on something else. His on-again, off-again relationship ended as soon as his girlfriend used his own brother to try and make him jealous, but Dirk finds solace with his longtime friend, cowgirl Janice Combes. It takes one night to change the dynamic of their relationship, but Dirk knows he isn't ready to give her everything she deserves. His decision to step away from Janice opens the door for someone else to step in and their lives to go in very different directions, changing both of them in ways neither of them ever imagined years down the road.

Janice Combes has always had feelings for Dirk Knowlton but she doubts that he's ever seen her as anything more than a friend. When Dirk suddenly shows up at her door, things between them shift but then he leaves behind the world of rodeo and signs up for Marines, leaving Janice to spend time and soon marry someone else. Ten years later and now a widow, she and her son move back to Montana, determined to move forward and leave behind the painful memories brought upon by her late husband. She wants to see if she and Dirk get to have a second chance together and she's ready to stand by his side no matter how different or scarred he may be. But one revelation may put any chance for a future on hold.

Rough Rider is the second book in Victoria Vane's Hot Cowboy Nights series and shifts the spotlight on Dirk Knowlton, older brother of the first book's lead male character, Wade Knowlton, and Janice Combes. The first part of the story takes place about ten years from and then later fast forwards to merge with the events from book one, where both Dirk and Janice were introduced to readers, though Janice was more in passing while Dirk's rift with Wade had he coming off as somewhat of an ass. Being able to see the history between Dirk and Janice, making this a second chance romance, especially Dirk's life before he became a Marine and returned home a very different man, makes it easier to understand why he is the way he is presently. This book also brought the resolution I was waiting and hoping for between Dirk and Wade.

I was expecting something different when I started this book, based on the interest Janice showed in book one, and was surprised by how much of the back story was given. There's a twist in the story, one that I guessed, but what really had me raising my eyebrows was how it was revealed and the manner in which it was resolved, two things I appreciated because I didn't see either of them coming. Those three words I mentioned not being said by or between the main characters in book one weren't uttered here either. Maybe it's something that runs in the Knowlton family. Hehe. But I certainly don't doubt the love and affection that both Dirk and Wade have for the women in their lives and I still enjoyed Dirk and Janice's love story and their individual tales of survival while apart. Rough Rider gets four out of five stars. ♥