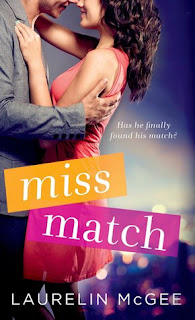 Andrea Dawson may be desperate to find a job but she's not sure if applying for the position of matchmaker is something she wants to do. Her new boss is Blake Donovan, the oh-so-gorgeous but oh-so-obnoxious self-made millionaire, and she can't deny that even with his personality flaws, she's attracted to the guy. It's not as if he's even interested in her, seeing as she doesn't meet any of the requirements he's mentioned for his wife-to-be. So, all she has to do is find him his ideal bride and pretend she doesn't notice the connection between them. Pretty easy...right?

Blake Donovan needs the picture-perfect wife, someone who meets all his needs and wants, but he doesn't have the time to go searching for potential candidates on his own. His need for a personal concierge brings him Andy Dawson, the woman he prefers to call Drea just because he can. She's the complete opposite of what he's looking for in his potential life partner, but there's no denying that there's more than mere attraction between the two of them. Could this seemingly mismatched twosome actually turn out to be the perfect pair and will they realize it before it's too late?

Miss Match is a contemporary romance novel by Laurelin McGee, which is the pen name for the writing duo of bestselling author Laurelin Paige and Kayti McGee. The book is about Andrea Dawson, a young woman who needs a job that fits her unique gift for reading people, and Blake Donovan, a self-made businessman who needs someone to find him a wife who fits his list of qualifications. Andy and Blake push each other's buttons but it's obvious that they're drawn to one another. Andy may be nothing like the woman Blake has described as being his ideal partner but when they cross the line and end up sleeping together, they're feelings for each other deepen, though neither is willing to acknowledge it openly. Keeping things casual while still trying to find the future Mrs. Blake is just another complication thrown onto everything else going on between Andy and Blake.

The story of a matchmaker and the person she's trying to find a match for is nothing new but I liked that Andy wasn't an actual matchmaker and only came across the job because her sister was pressuring her to go apply for it, making this a bit of a different read on my end. The fact that Andy and Blake had a love-hate thing going before they even slept together added to the sexual tension and then you had all these little bits of information that Blake wasn't being forthcoming about, fearful that they would make him appear less than appealing to his potential dates. There's more to Andy and Blake than meets the eye and they're both fun characters to get to know, especially with all the banter the two engage in. As far as romantic comedies go, Miss Match did well, making me smile at all the right points and you can never go wrong with a puppy named Puppy. This gets four stars. ♥