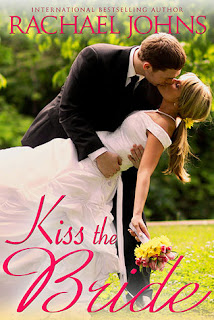 Magdalena Davis left Marietta fifteen years ago pregnant and unwed and refusing to disclose the details of her unplanned pregnancy or who the father of her unborn child was. After learning of her mother's cancer diagnosis, she's back to be closer to her parents, sister, and brother-in-law, and while her daughter Belle is adjusting well to the move, Mags hasn't forgotten the kind of rumor-mongering gossips in town like to engage in. But when her daughter and sister encourage her to join a contest that will have the winner singing with country star Jake Kohl for the celebrity wedding slated in Marietta, the idea of singing again outweighs the anxiety of having the attention of the townsfolk on her, even if just for a few minutes.

Jake Kohl likes the quiet and simple life he's experienced in Marietta since moving to town a few months back. He still hasn't been able to find his missing songwriting muse but he never thought he'd be at a point in his career where he would find himself singing at a wedding and that he would have to find a duet partner among those in Marietta who thought they were good enough to carry a tune. When Jake hears Magdalena Davis sing, he's amazed, not just by her beauty but how mesmerizing her voice is. As they spend time rehearsing for the wedding, the simmering attraction between Jake and Mags may end up fizzling out if Jake allows himself to be scared away by nasty rumors and Mags' fifteen-year secret.

Rachael Johns's Kiss the Bride is the fifth novella in the Montana Born Brides series, with each story written by a different author. This is my favorite among the currently available books, with just the right amount of drama peppered with humor to keep things on an even keel. Magdalena Davis and Jake Kohl were delightful lead characters, especially since being with Jake allowed Mags to loosen up and truly explore a side of herself she buried deep inside for fifteen years. These were two good, honest people who simply deserved to finally have a chance to go after their own happily ever after. The supporting cast was great but Mags's teenage daughter Belle stole the spotlight a time or two, and was spunky and sassy.

This was a story about second chances, but not in the traditional sense of the phrase when it comes to romance novels. Jake and Mags had never met before but their meeting and being in Marietta provided them with opportunities to start over and have another and far better chance at love, success, and happiness personally and professionally. In terms of Mags's story, it was about not just surviving from a traumatizing experience in her past but moving forward and creating a better life for herself and her daughter because they deserved it. Overall, this was sweet with just enough steam to tickle my fancy and it certainly set the bar higher for the series. I'm giving Kiss the Bride by Rachael Johns 4.5 stars. ♥

Purchase Kiss the Bride on Amazon.