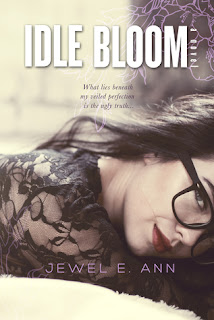 His words grab me and hold me in another dimension that's beyond the reach of the rest of the world. It's our world where time stands still, yet together we grow and connect, our love intertwining into something so beautiful.

"My love for you, Oli, has no depths. It's effortless and forever," I whisper with tears in my eyes. The emotional impact of the night has caught up to the moment, and the infinite love I have for Oliver is overwhelming.

When Vivian Graham and Oliver Konrad first lay eyes on one another, it's as passengers on Boston's Red Line. They don't exchange any words, just glances, as they travel to and from their respective stops. It takes one Boston Kreme donut to finally spark a bit more interaction between the two of them and when circumstances prove that there's more of a connection between them than the subway, they become friends and discover they have several things in common: they were both accepted to Harvard--he graduated with a law degree and she deferred enrolling for two years, they've both got secrets--she's keeping hers from her parents and he's keeping his from everyone around him, and they both have scars--hers are camouflaged by a hauntingly beautiful tattoo and his are deeply embedded in both his heart and his mind. As much as they love one another, will their pasts really allow them to get to happily ever after?

It's two for two as Jewel E. Ann has once again taken my thoughts and emotions hostage with this wonderful story of two people idling their way through life and not necessarily searching for the love of a lifetime but finding it and fighting to keep it when trials and tribulations are thrown their way. I absolutely LOVED Idle Bloom, a standalone contemporary romance starring Vivian "Viv" Graham, a twenty-one-year-old young woman living her life as best she can, and Oliver "Oli" Konrad, a twenty-nine-year-old former lawyer wrapped in anger and sorrow after enduring an unthinkable loss. There were tears and there was laughter and I smiled and frowned and sighed along the way, because this is the sort of story that shows that love isn't a singular emotion, but that it is a myriad of feelings and ideas and isn't an effortless venture between two people. Jewel E. Ann made me feel and think, and she made me fall in love with Vivian, the hopeful girl now ready for a future, and Oliver, the aimless guy still tethered to the past.

Oliver's past is dark and filled with a great deal of heartache and pain, one that you wouldn't wish on your worst enemy. When his secrets are revealed, I must admit that I was dumbfounded, never expecting or even guessing any of them. The author did the same thing with her most recent release, Only Trick, a book which I absolutely couldn't get enough of, and I can't stress enough how much I appreciate authors who are able to catch me off-guard or throw me for a loop. The story also unraveled in a way that I didn't anticipate, taking me on a new path just when I thought the story had nowhere else to go, simply ending the story in typical HEA style, or reaching a point that would have meant a cliffhanger and me waiting for the sequel or simply ending had another author written this. But Jewel E. Ann isn't your run-of-the-mill author and she has yet to disappoint me, though I won't hold my breath waiting for that to happen. Knock on wood! Would it really surprise you if I said this book sits right beside Only Trick on my list of favorites?

Aside from Vivian and Oliver, the cast of characters included supporting players who weren't merely there for decorative purposes, adding more dimension to the overall story and making me want to learn even more about them. Oliver's family, especially his younger brother Chance, and Vivian's parents and her closest friends, Alex, Sean, and Kai, helped make the story even better than it already was and brought interesting insights on and to Viv and Oli. In one full reading session, I was seduced by the lead and supporting characters and the story captured my attention and held on even after I had turned in for the night. Suffice it to say that a book hangover was inevitable and that I'm still trying to get over it as I write this review. I highly recommend that you pick up a copy of this amazing book and I hope you love it as much as I do. If you've already had the pleasure of reading it, feel free to shake your head and tell me it's sad that it took me nearly six months to discover it. Idle Bloom receives a much-deserved five-plus stars. ♥