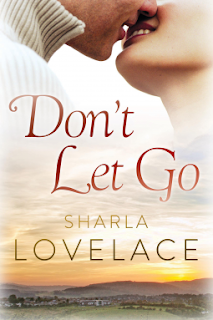 "Once upon a time, you were my best friend, Noah," I said, keeping my voice low and quiver-free. He blinked and pulled in a long breath, telling me I'd hit a nerve. "But you've been gone a long time. I don't pretend to still know you like I used to. So don't judge my life like you've been here to see it."

At seventeen, Noah Ryan and Jules Doucette were young and in love...and then became engaged and about to become parents. Upon the insistence of her parents, Jules gives their baby boy up for a closed adoption and then Noah leaves. Their plans for a future together are no more and it takes twenty-six years for their paths to cross again, with Jules divorced and with a seventeen-year-old daughter and Noah back in their hometown with a pregnant fiancée in tow.

With them constantly bumping into each other, Noah and Jules realize they can't escape the fact that the love they once shared never completely went away, but neither has the hurt and betrayal they both still carry with them. When long-held secrets are revealed, both Noah and Jules are blindsided and left devastated by all the manipulation and deception. Will the love they have finally be enough for them to hold on to the high possibility of a future together?

If the title of this standalone contemporary romance by Sharla Lovelace sounds familiar to some bookaholics out there, it's because it was released by another publisher in April 2014. This review is for the upcoming revised second edition of Don't Let Go and since I never read the first edition, I can't compare the two or say what's new or different with this new version. I will say this though--this was a beautifully haunting second chance love story about forgiveness and acceptance and the journey that leads both Noah Ryan and Julianna White née Doucette to attaining them. It's also about family and how certain choices we make for others, no matter how well-meaning, can lead to life-altering consequences and devastating results. With Noah and Jules, everything that happened twenty-six years ago has haunted them and there's certainly a lot of blame to go around. The lies and revelations they unearth are heart-shattering, leaving them with a lot of whys and what-ifs.

I'm a believer in the saying "It takes two to tango," so if it takes two people to make a relationship work, it also takes two to cause it to fail. The credit or blame may vary in terms of degrees, but it still involves both sides. In the case of Noah and Jules, she allowed her mother to dictate upon her what decisions had to be made while he simply upped and left after the adoption pushed through. He blames her for giving up on their child and she blames him for giving up on her. A lot of the stuff that goes on between them in the book is heartbreaking and even their individual issues are obviously deeply rooted. There are twenty-six years worth of emotional pain and anger that they need to deal with, but same goes for the love that still exists between the two of them. I felt sorry for Hayden White, Jules's ex-husband, because the poor guy lived in Noah's shadow, never really measuring up to the memory of him that continued to linger within Jules's heart and mind, even after they had their daughter.

This book had a good cast of characters, most of whom I liked and a small number that I didn't, though the fact that I reacted strongly toward them simply means that the author knew what she was doing because you want your readers to react. It was certainly interesting to see how Jules was very conscious of not wanting to become her mother, dictating and insisting upon what she believed was best on her daughter. Sometimes, we end up repeating the mistakes of those that came before us, but we always have the option of learning from those mistakes and navigating our own path. You're never too young or too old to change directions. There's also a time for us to let go and a time for us to hold on, hoping for the best in either case. I loved that this book made me think and made me feel, as I found myself contemplating what I would do in the same circumstances and smiling at certain moments and getting teary-eyed a time or two. I'm highly recommending Don't Let Go. Five-plus stars. ♥