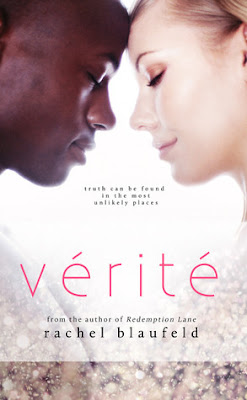 I ditched the vapid, soulless high-society life of Los Angeles for the promise of something more meaningful in rural Ohio. Accepting a track scholarship for college, I tried running my way to happiness, but instead I ended up sleeping with my French professor and falling head over heels for him.

When that relationship fell apart, so did I.

Barely hanging on by a thread and using the most absurd coping skills, I was determined to hide behind my past indiscretions. That was, until I met Tiberius Jones. Never in my wildest dreams did I think I’d learn the truth about love from a six-foot-five basketball player.

Add Vérité to your Goodreads shelf!

Check out my five-plus-starred review!

Book Excerpt
He stood there patiently, grinning as he waited for me to move through the doorway or answer him, and pinned me with his unusual blue eyes, so pale in his handsome face against his deep brown skin. His gaze seared right through me, just like it had earlier, before dinner in the courtyard.

Completely unnerved, I didn’t respond. His size was daunting, his large frame loomed over the threshold, and I was struck speechless. Uncertain whether it was his obvious good looks that threw me, or the overtly friendly wide grin on display, I simply stood there for a moment, trying to figure out his angle.

As I took in his long athletic shorts, tight gray athletic hoodie, and the pair of spiky Air Jordan slides on his feet, his left eyebrow cocked up at me like I was the next sideshow. Well, I’d already played that act countless times at home, including but not limited to last year when I was caught with the professor’s dick deep inside me. Now I was all about slipping under the radar, getting by silently and with little fuss.

“Hey, you okay?” he asked, his deep voice interrupting my thoughts. “I’m talking to you . . . you coming in? I’m over here holding the door.”

His pale blue eyes scanned my brown ones as his smile faded. I imagined him knowing who I was and what I did, perhaps mentally undressing me one piece of clothing at a time, wanting to give the slut a whirl. 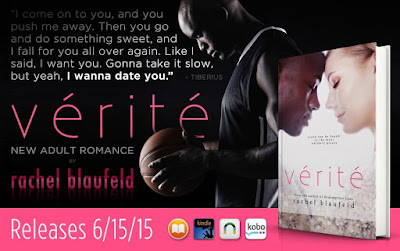 Oh God, was my name being passed around—again?

Self-disgust consumed me, spurring me to action. “Um, yeah. I am,” I answered, averting my gaze as I shifted my backpack up on my shoulder and stomped through the doorway.

I turned ever so slightly to witness him ducking to fit through the doorframe. It was crazy how insanely tall this guy was. Obviously, he was a basketball player, probably with a huge ego to boot.

I managed to mutter, “Thanks,” as I swept past him, and the door clanged shut behind us.

“Bad day?” he called after me.

What was with him being all smiling and friendly? Was he for real, or was he trying to bait me? I couldn’t help my self-doubt; skepticism was woven so deeply into my personality, I questioned everyone’s motives.

“Bad life,” I tossed back without thinking. For some reason, I felt the need to share my feelings with this stranger, and it scared the shit out of me.

So I did what came naturally to me—I ran. As I sprinted toward the elevator, I caught him heading toward the staircase out of the corner of my eye. I got off on my floor feeling relieved until I heard a heavy pair of footsteps coming around the corner. 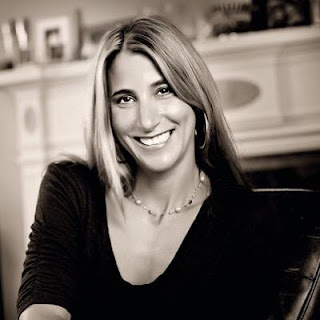 Rachel Blaufeld is a social worker/entrepreneur/blogger turned author. Fearless about sharing her opinion, Rachel captured the ear of stay-at-home and working moms on her blog, BacknGrooveMom, chronicling her adventures in parenting tweens and inventing a product, often at the same time. She has also blogged for Huffington Post, Modern Mom, and StartupNation.

Turning her focus on her sometimes wild-and-crazy creative side, it only took Rachel two decades to do exactly what she wanted to do—write a fiction novel. Now she spends way too many hours in local coffee shops plotting her ideas. Her tales may all come with a side of angst and naughtiness, but end lusciously.

Rachel lives around the corner from her childhood home in Pennsylvania with her family and two dogs. Her obsessions include running, coffee, icing-filled doughnuts, antiheroes, and mighty fine epilogues.