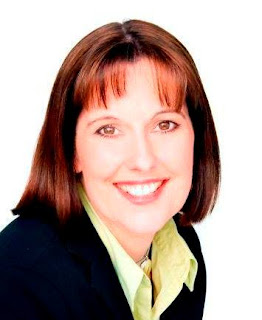 In line with the release of her debut novel, Recipes for Melissa, which I just gave a five-plus-starred review to, Teresa Driscoll readily answered a few questions especially for the blog! ^.^

A Q&A with Teresa Driscoll

1. What inspired you to write Recipes for Melissa?

The story of Eleanor and Melissa in this debut is entirely fictional but the theme--recovery from loss--comes from the emotional landscape of my own life. I lost my mother to cancer as a teenager and, hand on heart,  I wasn’t at all sure I would ever use this theme in my writing. For a long time I worried it would just be too personal. But a series of things happened to change my mind. First I was asked to start a Race for Life to raise money for cancer research while I was a BBC TV news presenter. There were all these women with the word “mum” pinned to their backs and I remember being deeply moved by the strong sense of “connection”. All of us having been through the same thing. I started to think that, as a writer, maybe I had something to say after all. I just needed to find the right story.

Then much later I had a dream about my mother during which I realised exactly what I missed the most. And that was never having known her as a woman myself; never having had the chance to talk to her…woman to woman.

And that’s really where the spark began for Recipes for Melissa. I wanted to create an uplifting story where a mother and daughter are parted but where the mother Eleanor finds a way to cheat fate. To use a journal to whisper into her daughter’s ear across time. To share important memories. Advice. Secrets. To use this very special way to talk to her daughter ...woman to woman.

To be honest, once I had this very strong, central idea, the novel almost seemed to write itself.

2. Would you ever leave behind your diary or journal for someone? If so, for whom and why?

I have never written a journal as Eleanor does in the novel but I have been a newspaper and magazine columnist for a number of years -  writing regularly about all the ups and downs of the glorious chaos that is family life. I have kept all those columns in a special scrapbook and I am really hoping that my two sons may enjoy looking at them in the future.  The columns are a really lovely record of all sorts of hilarious and also very poignant moments in our family that mean a lot to me.

3. Were there any stories you came across as a news presenter and newspaper reporter that you would love to make into a book?

And now I’m wondering if you are a little bit psychic?! Because my second book was inspired by a very powerful image from a story I covered while a television reporter with Thames TV in London. I was sent to a green next to the House of Commons where all these women were releasing black balloons as a campaign launch. Each balloon, I learned, represented a child that a mother could not find. The reasons behind the terrible estrangements were varied. Runaway teenagers. Children taken abroad during bitter divorces. Historic adoptions.

I was haunted by the image of those black balloons against the blue sky--and in the end it triggered an idea for a novel.  My second book, The Search, is about two very different women who strike up an unusual friendship…both of them looking for their children.

4. What would we find you doing on a day where you could do absolutely anything you wanted?

You would find me in the sunshine by a pool in the Italian Lakes with a fat and fabulous book and my family all around me. There would be something on ice and we would all cook supper together. I would have a notebook with me. Of course.

5. What advice would you give aspiring writers?

My top tip is to write, above all, for the love of it – rather than chasing any trend. Write what YOU feel strongly about.

Be disciplined and get down to it. It’s so much easier to talk about writing than to fill those blank pages.

Don’t be put off by rejection but do listen to the advice of experienced writers, agents and editors.

Remember this fabulous line--“First drafts don’t have to be perfect….they just have to be written”.   Get the first draft done. Write in a forward gear rather than endlessly tweaking each sentence and worrying if it is good enough. You can edit and polish later.

Thanks so much for inviting me onto the blog. Enjoy your reading and good luck to anyone who is also writing.

Thank you to very talented Teresa Driscoll for taking the time to answer my questions and to Kim Nash of Bookatoure for facilitating the interview! ♥

Remember to grab yourselves a copy of Teresa's book, Recipes for Melissa, on any of your preferred e-retailers: