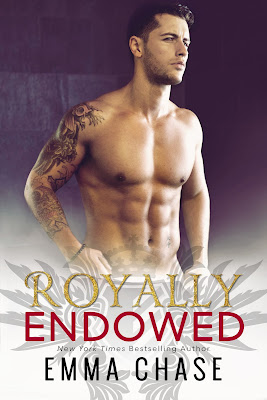 About Royally Endowed
Logan St. James is a smoldering, sexy beast. Sure, he can be a little broody at times—but Ellie Hammond’s willing to overlook that. Because, have you seen him??

And Ellie’s perky enough for both of them.

For years, she’s had a crush on the intense, protective royal security guard—but she doesn’t think he ever saw her, not really.

To Logan, Ellie was just part of the job—a relative of the royal family he’d sworn to protect. Now, at 22 years old and fresh out of college, she’s determined to put aside her X-rated dreams of pat-downs and pillow talk, and find a real life happily ever after.

The Queen of Wessco encourages Ellie to follow in her sister’s footsteps and settle down with a prince of her own. Or a duke, a marquis…a viscount would also do nicely.

But in the pursuit of a fairy tale ending, Ellie learns that the sweetest crushes can be the hardest to let go.

Any woman would be proud to bring him home to her family.

But there’s only one woman he wants.

For years he’s watched over her, protected her, held her hair back when she was sick, taught her how to throw a punch, and spot a liar.

He dreams of her. Would lay down his life for her.

Everybody knows the bodyguard rules: Never lose focus, never let them out of your sight, and never, ever fall in love. 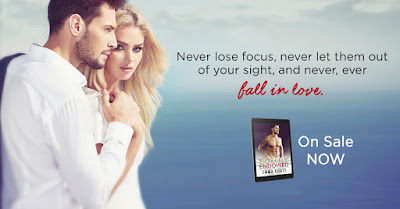 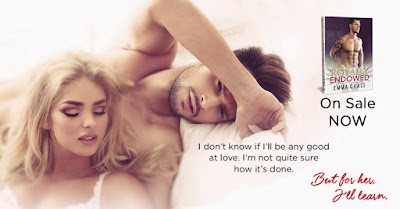 An Excerpt from Royally Endowed
Over the next half hour, Logan shows me how to turn my thumbs into dangerous, eye-gouging weapons. How to duck and block and use my body weight to propel me away from an attacker. How to use my legs—the strongest part of my body—to stun and escape. He demonstrates how to squeeze my fists into rocks—thumbs on the outside, people—and punch a guy’s nads up into his throat.

When we’re finished, his shoulders are looser, less tense, his face is less scowly and there’s the sound of pride in his voice.

“That’s good, Ellie,” he says quietly, after I throw my arm up in a block meant to protect my face. “Well done.”

“Thanks.” I nod.
But then the mood shifts, as if the air becomes thicker, weighted, more . . . sultry.
Because slowly, Logan sinks down to one knee in front of me—looking in my eyes the whole time. In this position, I could touch his shoulders, comb my fingers through his thick, dark hair. He’s the perfect height for me to bend down and kiss his mouth—the perfect height for him to kiss me back . . . in a lot of places.
My breath hitches. And I wonder he feels it too.
There’s a sound of tearing Velcro, and Logan takes something off his ankle—a holster, with a small silver knife, about three inches long.
“Keep this on you all the time,” he says seriously. “Just in case. If you wear a skirt, the strap will fit around your thigh.”
And I almost laugh. Most girls get a ring from a guy on his knees. I get a murder weapon. But still, it makes me feel safe . . . watched over. Like I’m something precious that deserves to be protected.
I take the knife from him, testing the surprisingly solid, heavy weight of it in my hand. I press my index finger to the tip.
Logan grabs my wrist tightly. “Careful. It’s sharp.”
There’s a small, painless nick, a tiny bead of blood, so I put my finger in my mouth, sucking.
And Logan’s watching me again.
Watching my mouth.
His chest seems to rise just a little faster, and his throat ripples when he swallows. He bends his head, curves his strong back, and then I feel his hands on my ankle, securing the strap. His touch is warm and self-assured. It’s the way he always moves—confident and experienced. Logan knows his body and he knows how to use it, in every way possible.
I almost moan. The sound is in the back of my throat, but I keep it trapped. I never knew the ankle was an erogenous zone, but it sure as hell is now. A hot pulse of pleasure streaks from Logan’s fingers on my bare skin, up my thigh, between my legs.
And I throb there, growing swollen and heavy as he keeps his hands on me.
Can he tell? Does he know? He’s so aware of everything, always so attuned, I wonder if he can sense my arousal . . . feel it in the air that clings between us.

Logan pulls my pant leg down, pressing the hem over the knife it now hides. And when he stands, the spell is broken. The air loses its density, its depth . . . and goes back to normal.

We go back to normal too—the loyal guard and princess’s sister. 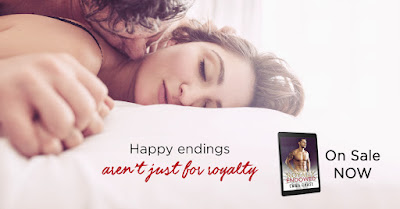 Emma Chase is the New York Times and USA Today bestselling author of the hot and hilarious Tangled series, the Legal Briefs series, and the Royally series. Emma lives in New Jersey with her husband, two children and two naughty (but really cute) dogs. She has a long-standing love/hate relationship with caffeine.