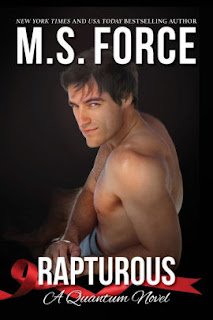 I felt like the Hayden I met and got to know in the first three books was the evil (okay, not really) twin of the Hayden in this fourth book. Maybe it was because Hayden here was far more emotional, but I get that readers didn't really get the real Hayden in the original three, and when I say "real", I mean the unadulterated version of him that he only exposes with those nearest and dearest to him. While I did have a bit of difficulty reconciling these two versions of Hayden, I must say that I adored Addie even more in this novel. As in love as she was with Hayden, she refused to be simply take whatever he dished out. No one puts Addie in a corner, Hayden! He wasn't going to teach her about his kinky lifestyle? Well, that wasn't going to stop her from finding a way to understand this man who owned her heart. I think she was the perfect partner for Hayden because she gave as good as she got and she was willing to go the extra mile for both herself and her guy. Taking into consideration my feelings about the two Haydens and how much I loved everything about Addie, I'll have to award Rapturous four out of five stars. ♥