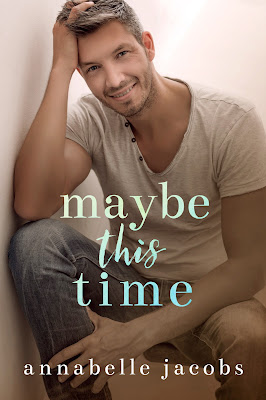 About Maybe This Time
Moving into a new home starts with a bang when Ryan Blackwell celebrates turning thirty. Being hungover means he’s bleary-eyed and clumsy the next day, but even in that state, he can appreciate how sexy and fit his neighbour is.

Matt Thomas isn’t looking for anything long-term—one and done is usually his life rule. Why settle down early, like his sister, when casual relationships are so easy? With Ryan living in the same building, chance encounters are inevitable. When one night together becomes two, a friends-with-benefits deal seems a natural progression.

There’s only one problem: sex with no strings relies on matching expectations, so Ryan can’t help worrying. His huge heart always wants more, but Matt’s been clear about his limits. As passion leads to caring, they’ll have to make some tough decisions—maybe this time, breaking some rules will be worth it if that means they’ll get to share a future.

Read my four-starred review of Maybe This Time.

Add Maybe This Time on Goodreads.

An Excerpt from Maybe This Time
Nudging him once more, Josh nodded at the other side of the road. “Talking of which….” All four of them turned to look at the guy jogging towards them.

Wearing black shorts and a tight-fitting blue top, the guy looked fit. Broad shoulders, slim body, and firm thighs. Hard to guess his age from that distance as his hair was almost all a silvery-grey colour. As he got closer, Ryan got a better look at his face and… huh. Not that old—late thirties maybe.

The guy was either oblivious to the four men staring at him or didn’t give a shit. He jogged right past them and into Ryan’s building without saying a word.

With a rental van and a car full of boxes, it was obvious one of them was moving in. Didn’t that warrant at least a polite hello? Apparently not.

Shame. “Stop ogling my new neighbours and help me get all this shit inside.” The three of them groaned but got moving. 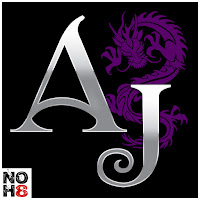