Book Spotlight: Out of the Shadows by K.C. Wells 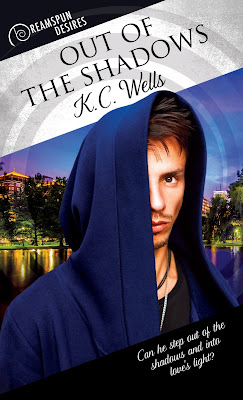 Out of the Shadows
by K.C. Wells
Date Released: August 15, 2017
Dreamspinner Press

About Out of the Shadows
Can he step out of the shadows and into love’s light?

Eight years ago, Christian Hernandez moved to Jamaica Plain in southern Boston, took refuge in his apartment, and cut himself off from the outside world. And that’s how he’d like it to stay.

Josh Wendell has heard his co-workers gossip about the occupant of apartment #1. No one sees the mystery man, and Josh loves a mystery. So when he is hired to refurbish the apartment’s kitchen and bathrooms, Josh is eager to discover the truth behind the rumors.

When he comes face-to-face with Christian, Josh understands why Christian hides from prying eyes. As the two men bond, Josh sees past his exterior to the man within, and he likes what he sees. But can Christian find the courage to emerge from the darkness of his lonely existence for the man who has claimed his heart?

Read my five-starred review of Out of the Shadows.

Add Out of the Shadows on Goodreads. 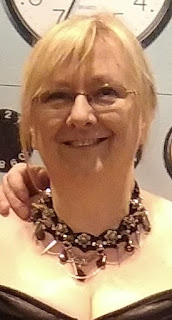 K.C. now writes full-time and is loving every minute of her new career. The laptop still has no idea of what hit it… it only knows that it wants a rest, please. And it now has to get used to the idea that where K.C. goes, it goes.

And as for those men in love that she writes about? The list of stories just waiting to be written is getting longer… and longer….