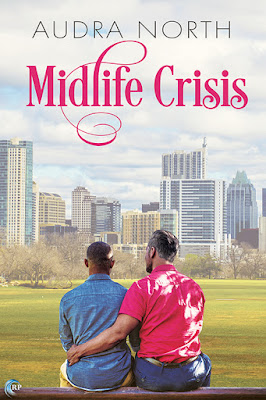 About Midlife Crisis
Cam McGhee grew up like any other small-town Texas farm boy: he played football, went to church every Sunday, and married his high school sweetheart. But thirty-five years after he said "I do," Cam finds himself nursing a beer in a gay bar, thinking about what might have been.

Dave Montoya is confident, self-assured, and cautiously single. But when he meets shy, uncertain, and clearly-still-not-out Cam in a coffee shop in Austin, his reservations about getting seriously involved again disappear. Cam is everything he’s looking for in a partner . . . almost, anyway.

No matter how much Dave wants him, and how good they are together, Cam can't bring himself to openly embrace the life he was meant to live. After all, when his secret finally gets out, he faces the very real possibility of losing everything that kept him going for the first fifty years of his life, just like he’s feared for so long. But with a little faith—and a lot of love—his dream of living fully, truly, as himself might finally be within reach.

An Excerpt from Midlife Crisis
Cam eased his truck into a parking space in front of the local coffee shop and cut the engine. He’d found this place the other day while exploring the neighborhood, and he’d taken a liking to the comfortable chairs, quiet hum of voices, and large windows with light-filtering shades. It was a welcoming place, like a man could come and stay awhile without bothering or being bothered.

He sauntered in and was paying for his coffee and a copy of the paper when a loud, masculine laugh caught his attention. Cam turned to see who had made such a bright sound . . .

The beat of his heart.

It was every cliché—the laughing man pulling Cam’s attention like a magnet—and yet it felt special, evoking memories of sitting shoulder to shoulder with Ray Nelson at an eighth-grade pep rally and the sheen of sunshine on Albert Clark’s back. A sense of remembered anticipation filled Cam, accompanied by a very adult view of possibility. Tempered joy. Cautious hope.

“Sir?” A voice called him back to attention, and he jerked his head around to find the barista holding out his change. He pocketed the money sheepishly and scooped up the paper and his mug, intending to sit far away from that beautiful, joyous man, but for some fateful reason, the only available table was the one adjacent to the attractive stranger’s.

Who, as Cam could see as he drew closer, was sitting with two other men who looked about the same age, all wearing bicycling gear.

Cam’s hand shook as he set his mug on the tabletop, the stoneware base clicking too hard against the wood. At the sound, the man’s gaze flicked over to him for one overwhelming second. It was there and gone, barely even noticeable, but to Cam it felt like a tidal wave of stimulation.

His buckling knees had him practically dropping into the chair, and he immediately grabbed the front section of the paper he’d bought and opened it up wide. It was good to have a little cover while he surreptitiously checked out the man at the next table, whose black Spandex shorts showed off long, tanned legs, the lean muscles well-defined and complementary to the guy’s wiry frame. A long-sleeved bike shirt—white with a simple red logo on the front—completed the outfit, and a pair of fingerless gloves sat discarded atop a phone on the table’s polished wood surface. 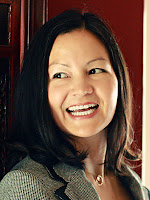 Audra North is a contemporary romance author of more than twenty romances, including the Stanton Family series, the Hard Driving series, and the Pushing the Boundaries series. She is the owner and publisher of Pink Kayak Press, which focuses on the publication of diverse romance works. Winter Rain, a Pink Kayak Press anthology, won a gold medal in the 2015 Independent Publisher Awards.

Audra enjoys speaking to writing groups and at industry conferences. She is also an avid jogger and loves running marathons. She has three children and lives with her family outside of Boston.

For more about Audra, and to sign up for her newsletter, visit audranorth.com.

Giveaway
To celebrate the release of Midlife Crisis, one lucky winner will receive a $25 Amazon gift card! Leave a comment with your contact info to enter the contest. Entries close at midnight, Eastern time, on September 2, 2017. Contest is NOT restricted to U.S. entries. Thanks for following the tour, and don’t forget to leave your contact info!