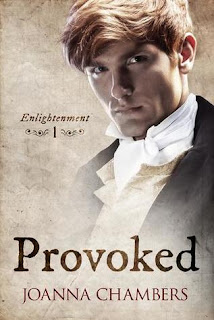 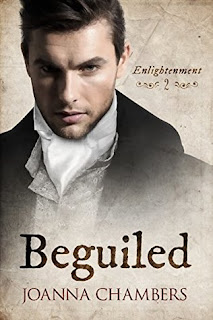 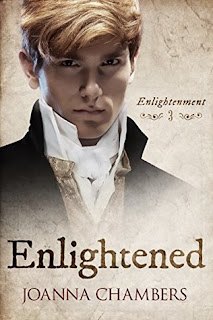 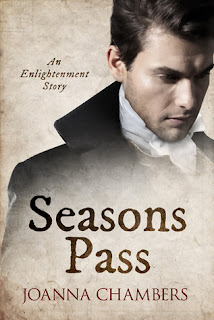 Note: These ARCs were provided were provided by the author via Signal Boost Promotions in exchange for an honest review. Seasons Pass is an owned copy.

“Love should not be not be denied.”


Where do I even begin with this series? The main reason I decided to review Joanna Chambers's Enlightenment books was because of my love for one particular M/M Regency romance series by K.J. Charles--Society of Gentlemen--a love that sparked the search for more of the sub-genre that had, at the very least, the same level of excellence. Alas, I was beginning to feel as if that particular quest was one destined to end in futility...that is, until I came across a trio of books--plus one short story--detailing a tale that began with a twenty-four-year-old advocate from Edinburgh named David Lauriston and a Lord Murdoch Balfour, between seven and eight years his senior and the third son of a marquess. Once I started, there was no stopping me, having breezed through the three full-length novels and one novella in one go. This review is consolidated in order to cover the four of the books I read.

It was a painful, desperate kiss. Balfour’s hard mouth ground the soft tissue behind David’s lips against his teeth and he made a strange, almost animal noise in his chest. Before David could even react, Balfour had thrust him away, and they stood staring at one another, panting. “Don’t wish me happiness, damn you,” he said bitterly.


The Enlightenment series begins with Provoked, which is where David's and Murdo's paths first intersect. Not only are their stations in life different but so are their views when it comes to a variety of subjects, the most pointed being the manner in which they deal with their proclivities. His desire to be with another man has David seeing himself as an abomination, while Murdo has no problem acting upon his own. Then there's Murdo's stand on meeting society's expectation that he marry and produce heirs while still maintaining his need to be with other men, something which David thinks is reprehensible. It was clear that David was struggling with his attraction towards Murdo as well as holding onto his firmly instilled beliefs and value system. Even as he gave into his wants, the guilt still weighed heavily on David, leading him to disallow those same wants to be acknowledged as needs.

It had been two years. It felt like forever, and it felt like no time at all.


There's a two-year gap between the events in Provoked and its sequel, Beguiled. David and Murdo went their separate ways and there have certainly been changes in David after his brief yet life-altering time with Murdo. When King George IV makes a historic visit to Scotland, David unexpectedly finds himself in the presence of Murdo once again, and it seems that David isn't the only one who's changed in the last couple of years. With Murdo giving David an open invitation to see him during Murdo's stay in the area, things are in David's court. Yes, the advocate may have changed, but has he changed to the point that he's actually ready to embrace that part of himself that needs to be with Murdo? While what they originally had was borne of lust, their time together now is evolving into an intimacy that has them contemplating what it is exactly the share and just how desperately they must have it.

Making love with Murdo had become vital to David over these last months. Not just for the pleasure of it but for the give and take of it, the generosity and the joy of it. These were the things that showed David that, whatever he may have once thought, he wasn’t a criminal. Or a sinner. Making love with Murdo had turned David’s most shameful secret into his greatest joy.


After sustaining injuries in the climax of Beguiled, David and Murdo open Enlightened into their fifth month together in Murdo's Laverock House in Perthshire. From becoming entangled in the plight of the radicals and an agent provocateurs to aiding in the escape of an abused wife of a peer, David and Murdo are further ensnared in the machinations of those who seek to do more harm than good. Add to that the fact that David is healing quite nicely, meaning his return to Edinburgh becomes even more imminent. But the deathbed request of David's friend and mentor has him heading to London accompanied by Murdo. It is there that everything comes to a head. Will they be able to see all their plans through, plans that will play a role as to the future of their relationship? This third novel, just like the two before it, had me absolutely enthralled and gifted me with more than one happy end.

This series isn't my first foray into Joanna Chambers's writing, but even as she impressed me with her other work, these Regency romances are her at her best, showcasing a quality of writing that leaves you without a shadow of a doubt that the woman writes with her head and her heart, doing her due diligence in terms of research while unfailingly giving her tale of forbidden a winning mix of romance, sex, and suspense. Yes, there's more to the series than just the romance between Murdo and David, and yet the issue regarding the radicals and that of the imbalance in a marital setup is still tied to both men. While David's being a legal advocate and Murdo's being a lord may have them more tempered when it comes to particular views, they were both radicals as well, noting the unfairness of certain situations, doing what they can to alleviate the circumstances of others including their own.

David and Murdo's love story had my heart clenching in chest at various points throughout the series, one that must be read in order. But in as much as these books made me feel, they also made me think, especially with the things that have changed and those that remain in the world. There are several side stories included in the series, my favorite one being Euan MacLellan and Elizabeth Chalmers. My curiosity regarding Captain Iain Sinclair was piqued, and a bit of sleuthing on Goodreads pointed me in the direction of Seasons Pass, a short story that takes place between the first and second books but one that should be read after you finish the trilogy, and Unnatural, which is Iain's story. I've read Seasons Pass, which is free on Amazon, and I loved that while it was still in the third person point of view, it's from Murdo's this time around AND we see a bit of a preview of Iain with one James Hart.

As you can probably tell, this is an extremely length review--possibly the longest I've ever written--and maybe I'm gushing and going into fangirl mode, but I cannot stress enough how utterly impressed I was with this series and how doggedly I'm going to encourage you to read it, especially if you adore M/M Regency romances. These are directly interconnected novels, so yes, you will need to read them in the correct order or else you may end up confused as to what's going on. I have yet to read the last novel in the series, Unnatural, it's presently sitting atop my list of books that demand to be read and my expectations for it are at a high, thanks to the impression left behind by its predecessors. Provoked, Beguiled, and Enlightened were originally released between 2013 and 2014 under Samhain Publishing but these second editions are 2017 favorites. Five-plus stars multiplied many times over. ♥

Purchase the Enlightenment series on Amazon.