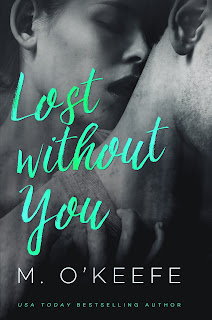 At sixteen, Tommy MacNeill and Beth Renshaw fell in love, the kind of love that was innocent and filled with promise. It felt hopeful and hope was something Tommy and Beth desperately wanted to hold on to in a place like St. Jude's Home for Court Placed Juveniles, more appropriately called St. Joke's. But then one fateful night stole all that hope away, sending the two of them and their friends scattering in very different directions, with everyone owing a debt to someone you wish you owed nothing to...it's a debt that won't be called in until seven years later.

When Tommy and Beth see each other again, it's under very different circumstances than the ones they were forced to live with as teenagers. He bears physical scars while hers are hidden but manifest in ways that make it clear just how damaged she is. She's a famous singer and he's a mason...turned kidnapper. The last thing that they need is to reconnect, especially since being together brings back memories--both good and bad. Theirs is a connection that's never been easy to ignore, but so is someone who's come back to demand payment on all debts.

Lost Without You is the first full-length novel in bestselling author M. O'Keefe's The Debt duet. This book also contains the free prologue, The Debt, which was released a couple of weeks ago, so feel free to skip forward to the rest of Tommy and Beth's story if you've already read the novella, which is what I did. My first M. O'Keefe read was the first in a romantic suspense series of hers, one that had her switching from "Molly O'Keefe" to just having her first initial with the rest of her name. I was impressed with her writing then and I've remained hooked ever since.

There's nothing easy about Tommy and Beth's love story, especially since it was so innocent once upon a time, only to be tarnished by what happened to them in St. Joke's. Seven years later, they lead very different lives, but the shadow of their time in the home that felt anything but is still there, although neither one acknowledges that dark part of their lives. Their reunion is awkward, and their feelings for one another are a jumble of confusing thoughts and emotions, although Tommy seems to be far more attached to what they once shared since Beth buried it away.

This book had angst and drama and a whole lot of dark romantic suspense and it was a page turner! There's no going back to Tommy and Beth's past to make it all right and they didn't really come out of it unscarred. It was interesting what had changed and what remained in their dynamic. Lost Without You does end in a cliffhanger, but the conclusion to the duet is set for release next week, so that isn't too terrible of a wait (heck, some sequels are months or a year away!). Based on past experience, M. O'Keefe makes the wait worthwhile. This garners five stars. ♥

Purchase Lost Without You on Amazon | B&N | iBooks | Kobo.