Cover Reveal: The Way It Hurts by Patty Blount 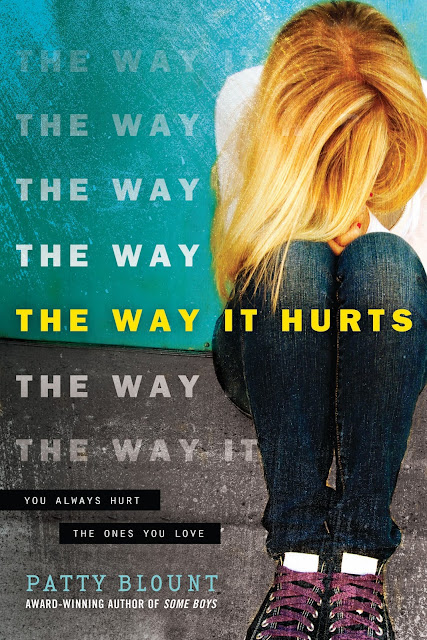 About The Way It Hurts
There may be two sides to every story, but sometimes there's only one way to set things right...

Music is Elijah's life. His band plays loud and hard, and he'll do anything to get them a big break. He needs that success to help take care of his sister, who has special needs. So he'd rather be practicing when his friends drag him to a musical in the next town...until the lead starts to sing.

Kristen dreams of a career on stage like her grandmother's. She knows she needs an edge to get into a competitive theater program--and being the star in her high school musical isn't going to cut it. The applause and the attention only encourage her to work harder.

Elijah can't take his eyes off of Kristen's performance, and snaps a photo of her in costume that he posts online with a comment that everybody misunderstands. It goes viral. Suddenly, Elijah and Kristen are in a new spotlight as the online backlash spins out of control. And the consequences are bigger than they both could have ever imagined because these threats don't stay online...they follow them into real life.

"Blount writes authentically; both protagonists’ voices are distinct.
The author explores the rapidly consuming world of social media and
how it affects relationships online and in real life.
A relevant read and must-have for all YA collections."
– School Library Journal

"The Way It Hurts draws our attention to the joy, heartache and confusing contradictions that arise
as we try to find our place in the real world and the virtual one."
– Kimberly Sabatini

“Elijah and Kristen’s personal evolutions through the novel,
along with their chemistry, feel as authentic as the conflicts they face.
A genuine plot filled with steady tension that will keep readers hooked.”
– RT Book Reviews

“This book sensitively covers topics such as sexism, handicapping conditions, communication, and ageism.
Agency is also shown when Kristen says she wants to pursue studying in a conservatory
rather than continue in the band and the three young men acknowledge her wish.
Talking about what bothers us rather than trying to guess another person’s feelings
is demonstrated through the actions of the characters.
The characters’ issues are eventually resolved through hard work and understanding,
making this an interesting and informative read."
– School Library Connection

Add The Way It Hurts on Goodreads.

An Excerpt from The Way It Hurts
I shifted in my broken seat, wondering how many more minutes of the hell that was Bear River High School North’s production of Cats I’d have to endure. My fingers itched for my guitar and notepad. Melodies played in my head, begging to be put down on paper, and there were a dozen other things we should have been doing to promote Ride Out so we could get the band some notice.

The music rose. Beside me, Nick sucked in a breath. I didn’t know Leah. Nick met her at a concert a few months back, and they’d been hanging out whenever they could because, Nick claimed, Leah was the One.

I hid half a laugh and shook my head. I didn’t get the whole concept of the One, but I’d help Nick get what he wanted.

Leah raised her face. When she opened her mouth, I sat up a little straighter. Her voice... Jesus, it was astounding. Clear. Strong. Powerful but sweet. I watched and listened, the audience around me fading away. Her voice swelled, and she attacked the high notes without hesitating, making goose bumps jump out of my skin. What was the top note of her range? She glided across the stage; she never struggled or stumbled. The audience waited for the crescendo, and when she reached it, holy God, it was like a...a promise kept. She blew me away. The notes faded out, and the rest of the production was a blur. I had no idea Leah could sing like that and couldn’t take my eyes off—

The lights came up, and everybody got to their feet, applauding like mad. Nick held up this lame poster board sign he’d made. I used that time to get my hormones under control and put Leah and her amazing voice out of my head. The rest of the cast assembled on the stage for their curtain call, and I locked eyes with one of the actors— the White Cat. She was incredibly hot—a solid body with an impressive rack. Her solo dance was the best part of the show up until Leah’s song. She looked amazing in that white cat suit. So freakin’ hot.

“Ladies and gentlemen, a moment please.” A teacher walked to the right of the stage and waved her hands. “Thank you all for attending our opening night performance! I am so proud of these kids. They made all their own costumes and designed the set themselves. And tonight, I want to share with you an amazing last-minute change-up to our program. Grizabella, played by Leah Russo, is ill and was unable to sing this evening. Her songs were actually sung by our White Cat, played by Kristen Cartwright.”

The teacher’s hand swung to my favorite cat, and my jaw dropped. That awesome voice was hers? Whoa. I stuck two fingers in my mouth and let loose with a shrill whistle while the audience roared their approval. The white cat’s eyes met mine, and I started to picture her in different clothes...maybe some black leather, studded bands on her wrists, hair long and wild down her back, strutting across a stage while I shredded the hell out of the guitar. If she could sing Broadway songs without breaking a sweat, what could she do with a hard metal rock track? I wondered—again—what her range was. Could she get low with some Halestorm or full-on mean with a Slipknot metal scream? I should put her in Ride Out right now. I grinned like a maniac because I knew that would really twist BroadwayBaby17 into a knot.

A brilliant idea struck. I pulled out my phone, snapped a photo of the white cat, and from the band’s Twitter account, posted this:

Ride_Out: This cat’s HAWT! And damn, can she sing.

It needed a hashtag. I tapped out “#CatCall.” Oh, this was awesome. My phone buzzed a minute later with a reply from a fan calling himself JJStix88.

Sweet! Get her to meow. #CatCall

JJStix88: Make her arch that back! #CatCall
Ride_Out: Wanna hear her scream! #CatCall


Copyright © The Way It Hurts 2017 by Patty Blount 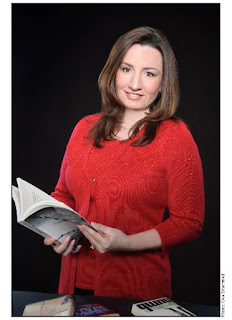 Native New Yorker Patty Blount is the award-winning author of several critically acclaimed internet issues novels for teens as well as a few adult contemporary romances. She is inspired to write by such greats as Judy Blume, JK Rowling, and Gayle Forman. In fact, Judy Blume is the reason Patty elected to write under her real name…so she’d appear on shelves next to her idol. Patty adores writing; she’s written everything from technical manuals to song lyrics (see The Way It Hurts, coming August 2017). Patty wants you to know she loves chocolate…really, really loves chocolate.

When not crushing on actors Gilles Marini or Sam Heughan, Patty can be found sitting in traffic somewhere on the Long Island Expressway, listening to audio books or talking wildly to herself about plots and characters. Prone to falling madly in love with fictional characters, Patty suffers frequent broken hearts when they all invariably prefer the heroine to her… go figure. When she’s not writing, Patty loves to watch bad sci-fi movies and live tweet the hilarity, and scour Pinterest for ideas on awesome bookcases. Patty lives on Long Island with her family in a house that, sadly, lacks bookcases.