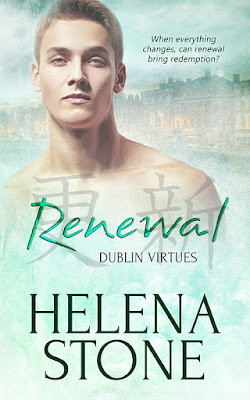 About Renewal
When everything changes, can renewal bring redemption?

Shane Boyle left Dublin for America, burning most of his bridges, certain his future lay in Florida. When a family crisis forces him back to the city he grew up in, he knows his life will never be the same again. With his sister close to death, his mother and five-year-old nephew Danny need him not just to be around but also to be the rock they can depend on. Torn between panic about his new responsibilities and despair at his impending loss, love and a relationship are the last thing on his mind.

Chris Anderson left Australia for Dublin ten years ago with no intention of ever going back. For reasons he can’t explain, even to himself, he hasn’t been in a relationship for almost as long as he’s been in Ireland. Now thirty-five years old, he wonders what happened to his dream of a lasting bond and a family to call his own.

When Shane and Chris hook up one night in a pub, neither knows that the next day they’ll meet again, this time as colleagues in a tattoo parlour. Chris has no idea about Shane’s dodgy past and Shane can’t figure out the mountain of a man who refuses to take no for an answer. Having to reinvent his whole life is only the start of Shane’s process of renewal. Will Chris turn out to be his savior or his downfall?

Read my five-plus-starred review of Renewal. 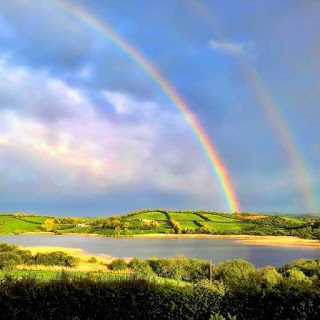 Having left the hustle and bustle of Amsterdam for the peace and quiet of the Irish Country side she divides her time between reading, writing, long and often wet walks with the dog, her part-time job in a library, a grown-up daughter, and her ever loving and patient husband.