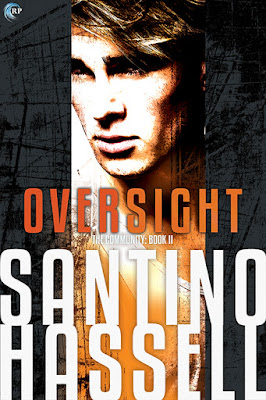 About Oversight
Holden Payne has it all . . . or so he thinks. As heir to the founder of the Community—an organization that finds, protects, and manages psychics—he’s rich, powerful, and treated like royalty. But after a series of disappearances and murders rock the Community, he’s branded the fall guy for the scandal and saddled with a babysitter.

Sixtus Rossi is a broad-shouldered, tattooed lumbersexual with a man bun and a steely gaze. He’s also an invulnerable—supposedly impervious to both psychic abilities and Holden’s charms. It’s a claim Holden takes as a challenge. Especially if sleeping with Six may help him learn whether the Community had more to do with the disappearances than they claimed.

As Holden uncovers the truth, he also finds himself getting in deep with the man sent to watch him. His plan to seduce Six for information leads to a connection so intense that some of Six’s shields come crashing down. And with that comes a frightening realization: Holden has to either stand by the Community that has given him everything, or abandon his old life to protect the people he loves.

Read my five-plus-starred review of Oversight.

An Excerpt from Oversight
“Tell me about the new guy.” Holden couldn’t resist a dig. “Was your vetting process more thorough than it was with Beck, or did you leave out mistresses this time?”

Richard had no tells, so it was impossible to know whether he was close to leaving in disgust or backhanding Holden before going on a rant about what could happen if people found him disloyal, before sending him off to be realigned at the Farm. Either was possible, and both had happened before.

“It’s short for Sixtus. Sixtus Rossi. I would think you’d remember him, considering how you behaved at his hearing.”

Rolling the name around in his head summoned an image of a thin, olive-skinned teenager with fierce eyes so dark they’d looked black. It was a face Holden hadn’t seen, or thought about, for years. He only remembered it because his encounter with Six had hung over his head like a pall for many years. Or more accurately, him witnessing how the Community had treated Six had hung over him.

It’d been the first time he’d feared the founders. And when he’d first learned that breaking Community rules could have serious consequences.

Over a decade ago, the biggest scandal to rock the Community had been a break-in at Community Watch—the organization run by the Comm that supported young and displaced psychics with no family of their own.

Six, a formerly homeless youth who’d been taken in by CW to be aligned and rehabilitated to become a Comm member, had raided and robbed the place. Holden had only known about it as a teenager because his father had taken him to the tribunal that had followed—where they’d discussed Six’s consequences. Before that, Holden hadn’t known tribunals existed for rule breakers. Or that they were public for anyone in the Comm to come and bear witness to a troublemaker receiving their sentence.

Even as the punk kid Holden had been at the time, it had shaken him. Somewhere, in the back of his mind, he’d known that there were real laws in the world. Real police and judicial systems. And the deepest part of his brain—the part he’d receive consequences for even having since it was the part full of doubts and dangerous questions—whispered that the tribunal seemed illegal. Thankfully, it had only been his father who had seemed to sense Holden’s thoughts, and Richard had sent him warning stares between debates.

Besides Six’s consequences—going to the Farm to be realigned for an unknown period of time—the founders had argued over whether it was worth it to take in people with no connections or “value” to the Community. Most members weren’t like Holden, born into connections and money. Most were disenfranchised, had no family, or had been institutionalized for claiming to have psychic powers. These people were the most vulnerable, and required the most effort by the Community to realign and rehabilitate them, but they always turned out to be the most loyal.

Six had been present at the board meeting, sitting in a chair removed from everyone, and they’d talked about him as if he couldn’t hear them.

As loyal as Holden had always been to the Comm, it was the first time he’d realized how cutthroat they could be. How they played judge and jury with the lives of Community members regardless of their age. He’d vowed to never get on their bad sides. And he’d ached for the thin teenager with the burning dark eyes who’d sat staring at everyone fiercely. Defiantly.

That defiance had been almost intoxicating, because Holden had never seen anyone look at his father that way before. He’d wondered how anyone could be so brave, and had gazed at the mysterious, dark-eyed boy as Six was dragged out. They’d only made eye contact for a brief moment after Holden had whispered to his father and asked whether Six would be okay, and whether they could help.

So weird how that memory was still perfectly etched into Holden’s mind.

About The Community series 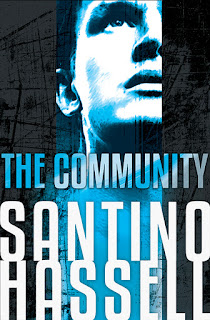 What lies beneath the surface of the world you thought you knew?

Secrets and lies have twisted an underground community founded by psychics escaping persecution. Blackmail, sex, and social climbing in the name of power has created an irreparable rift.

In the eyes of the founders, there are two sides: loyalists and everyone else. Surely no one would emerge from their tightly woven webs. And they certainly wouldn’t sow the seeds of rebellion within the heart of the Community’s only queer night club.

Now an outcast, a scion, and a runaway are leading a revolution to save not only the men they love, but the entire Community.

Learn more about The Community series on Riptide Publishing. 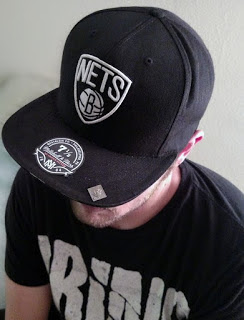 Santino Hassell was raised by a conservative family but grew up to be a smart-mouthed, school cutting grunge kid, a transient twenty-something, and eventually transformed into a grumpy introvert and unlikely romance author with an affinity for baseball caps. His novels are heavily influenced by the gritty, urban landscape of New York City, and his desire to write relationships fueled by intensity and passion.

He’s been a finalist in both the Bisexual Book Awards and the EPIC Awards, and was nominated for a prestigious RITA award in 2017. His work has been featured in BuzzFeed, Huffington Post, The Washington Post, RT Magazine, and Cosmopolitan Magazine.

Giveaway
To celebrate the release of Oversight, one lucky winner will receive a $15 Riptide credit! Leave a comment with your contact info to enter the contest. Entries close at midnight, Eastern time, on July 1, 2017. Contest is NOT restricted to U.S. entries. Thanks for following the tour, and don’t forget to leave your contact info!