Review: Only for Him by Cristin Harber (Only #1) 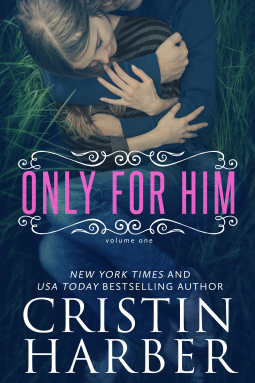 Note: This ARC was provided by the author via NetGalley in exchange for an honest review.

Grayson Ford and Emma Kingsley have known each other since they were kids and are each other's best friend. Gray is the one guy that every girl in their school wants to be with and Emma is...well...Emma. She's never seen herself as anything special but she's grateful that she has her family, her dancing, and, of course, Gray. But Gray has always seen Emma as that one special person who can take him away from all the pain and darkness that he's forced to go home to each and every day.

Gray and Emma have grown up together and Gray has become part of Emma's family. Gray has been keeping two things secret: the abuse he's been receiving from his father for far too many years and his love for Emma. What he doesn't know is that Emma has  had feelings for him for quite some time as well. On a night that was meant to be special and memorable to both of them, Gray's father taints it and brings to light just what he's been made to suffer through and endure at home.

Gray makes a decision that he can't take back, one that he realizes has consequences that he can't do much about, and tries to keep his distance from Emma. Emma can only imagine the kind of life that Gray has been living but learning his secret doesn't drive her away; it makes her see Gray as brave and courageous and she refuses to let him go. Will these two young people be left to cling to mere memories of their love or will they be given a chance to find their happily ever after?

Cliffhangers. Are. Evil! Seriously! But yes, I did know this was going to end with one when I went into it. Only for Him is the first in a series of novellas in the Only series by bestselling author Cristin Harber. This is the first book written by the author that I've read and I liked how she was able to put together this first installment and leaving readers with unanswered questions that will have us desperately demanding the release of the next book. Cristin Harber is an evil, albeit talented, woman.

The pacing was good, though the jump from the past to the present took me by surprise. This book did what all good first books in a series do--leave you wanting more. Your curiosity is piqued to the point that you know you'll either be pre-ordering the next book or will be waiting for it to go live. The characters make you want to invest time and emotion in them because you need to know they'll be more than okay in book two. I'm giving Only for Him four out of five stars, cliffhanger and all! ♥