Review: "Christmas with the Laird" by Scarlet Wilson 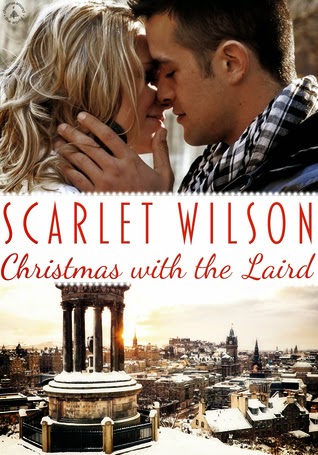 Christmas with the Laird by Scarlet Wilson is the third book in the multi-author series Christmas Around the World and has readers following the lead characters to Garnock Hall, a supposedly haunted house in Scotland. This particularly installment stands out among the others in the series because of the paranormal element, something that I really liked since I'm quite a fan of all things paranormal, especially the kind that gives you goosebumps, but there was definitely nothing scary or creepy about this book. ^.^

Juliette Connolly was prepared to spend her Christmas at home alone with her box of chocolates and microwavable dinner for one when she finds herself having no other choice but to work during the holidays after an episode of the television show she hosts, Haunted Ever After, is suddenly pulled from the line-up and a new one needs to be shot as soon as possible. The only other person that's thrown into the assignment is Andrew Campbell, the cameraman she's worked with for some time now but doesn't really know too much about.

While the two aren't exactly thrilled at having to work over Christmas, Andrew saves them the trouble of having to look for a new location by suggesting a haunted house in his native Scotland. Once they get there, Juliette discovers that there's much more to Andrew than being the sometimes brooding and grouchy but always hardworking and dedicated cameraman she sees. She wants him to have the kind of Christmas he only remembers from his childhood but as they spend more time together, Juliette begins to feel something more for Andrew but she isn't entirely sure if he shares the same feelings.

Christmas with the Laird was another enjoyable novella in this addictive series and I did like the touch of paranormal included here. The love story itself was a slow burn that had its fair share of mixed signals and moments of doubt when it came to how the other person feels. There was a bittersweet poignancy to this Christmas tale but I fully appreciated the idea of moving on with one's life by facing the past and finally being able to let go of it while still keeping and appreciating the good that came out of it. ^.^ I'm giving this third installment four out of five stars. ♥

Grab a copy of Christmas with the Laird on Amazon.