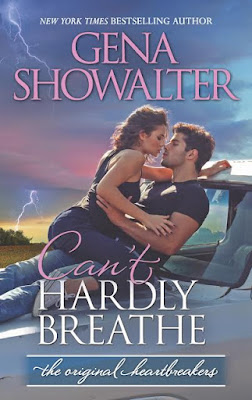 Bullied in high school, Dorothea Mathis’s past is full of memories she’d rather forget. But there’s one she can’t seem to shake—her longstanding crush on former Army Ranger Daniel Porter.  Now that the sexy bad boy has started using her inn as his personal playground, she should kick him out...but his every heated glance makes her want to join him instead.

Daniel returned to Strawberry Valley, Oklahoma to care for his ailing father and burn off a little steam with no strings attached. Though he craves the curvy Dorothea night and day, he’s as marred by his past as she is by hers. The more he desires her, the more he fears losing her.

But every sizzling encounter leaves him desperate for more, and soon Daniel must make a choice: take a chance on love or walk away forever. 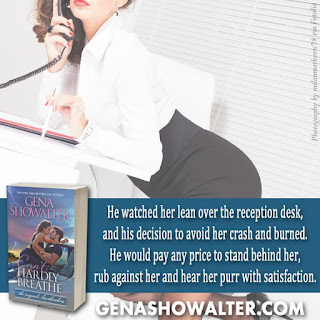 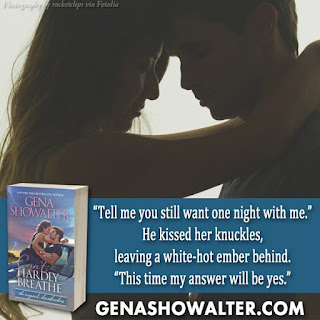 An Excerpt from Can't Hardly Breathe
Dorothea Mathis studied the last room on her cleanup schedule and groaned. The bed had been wrecked, the comforter and pillows tossed haphazardly on the floor. A pair of panties hung from a bedpost. The TV remote had been busted, the pieces scattered across the nightstand. Wet towels created a path to the bathroom door, and the trash can…

Oh, gag me! The trash can contained used condoms.

The place needed to be decontaminated by people wearing hazmat suits.

Am I up to date on my vaccinations?

With a sigh, Dorothea anchored earbuds in place, keyed up her iPod and donned a pair of latex gloves. One—germs. Gross! Two—she was protective of the green nail polish she’d applied only that morning.

She selected color based on mood. Green = irritated.

Her mom must have checked in Mr. and Ms. Pigsty last night after Dorothea had gone to bed. Since she had a 4:00 a.m. wake-up call, she tended to hit the sack by 9:00 p.m. Granny hours, her sister, Holly, liked to tell her.

Dorothea picked up the dirty towels, removed the panties from the post, emptied the trash, changed the sheets on the bed, straightened the pillows and covers, and tossed the remote remains, planning to bill the Pigstys for a new one.

Time was limited this morning. She’d promised to drive her mother into the city in— Crap! Less than an hour. She rushed through dusting and began vacuuming. As the machine swallowed dirt and debris, she tried not to envy her mother. Carol would soon be enjoying her fourth “singles retreat” of the year. Her fourth, but certainly not her last. She stayed at the Michaelson, a five-star hotel owned by the richest guy in Strawberry Valley, Dane Michaelson. Dane was married to a local girl Dorothea had gone to school with, and he allowed Carol to stay free of charge. No doubt about it, she took full advantage, attending speed-dating sessions, mixers and a plethora of themed parties.

Her busy love life was just one of the many reasons she’d given the Strawberry Inn to Dorothea.

The wheels on her cart suddenly squeaked, the sound louder than her music. Yanking out the earbuds, she spun.

Surprise expelled the air from her lungs, leaving her gasping. This so wasn’t happening right now.

It couldn’t be happening.

The sexiest man on the planet had just stridden into the room. He was shirtless, sweat glistening on his eight pack—and his name was Daniel Porter.

She gulped. What was he doing here?

Wait. Like she really needed to ponder this one. Welcome back, Mr. Pigsty.

Her hands trembled as she yanked the vacuum cord from the electrical socket, the room descending into silence as the engine died.

I think you’re perfect just the way you are.

He pulled the earbuds from his ears and gifted her with a small smile that failed to hide the lines of strain around his mouth. “Sorry about the mess. I planned to clean up before I checked out.” His gaze darted throughout the room, and he cringed. “I also plan to pay for the remote.”

What kind of sexual acrobatics had placed the poor remote in harm’s path, anyway?

Oh, my stars. A warm flush poured over Dorothea, threatening to overheat her. She almost fanned her cheeks for relief, barely stopped herself.

Look away! She tried, she really did, but Daniel was just so freaking beautiful. He was even taller now, and stronger, with a rough, tough face. His cheekbones were sharp, and his nose boasted a small notch in the center. Been broken a time or two? Dark stubble dusted his angular jaw, though the shadows couldn’t disguise the fine tracery of scars on his left cheek.

He was a modern-day warrior—literally. After high school, he’d joined the army, defending the country he loved.

This wasn’t the first time Dorothea had seen him since his return to town a few months ago, but her body reacted as if she’d never seen any man, heating and tingling in all the naughtiest places.

A customer who’d wrecked a room during his most recent stay, but whatever. He was waiting for her to respond to his offer.

Let’s do this. “Yes, thank you. Payment would be appreciated.” She wound the vacuum cord around her arm, her motions clipped. “As for the room, I just need to tidy the bathroom, and I’ll be done.”

With his back to her, he stuffed his toiletries into an overnight bag. “I’ll get out of your way, then.” 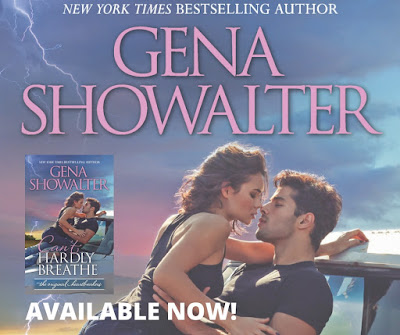 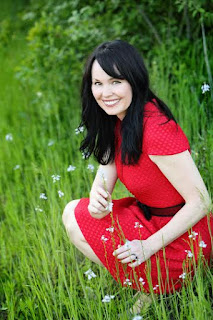 Gena Showalter is the New York Times and USA Today bestselling author of the spellbinding Lords of the Underworld and Angels of the Dark series, two young adult series—Everlife and the White Rabbit Chronicles—and the highly addictive Original Heartbreakers series.  In addition to being a National Reader's Choice and two time RITA nominee, her romance novels have appeared in Cosmopolitan (Red Hot Read) and Seventeen magazine, she's appeared on Nightline and been mentioned in Orange is the New Black—if you ask her about it, she'll talk for hours…hours!  Her books have been translated in multiple languages.

She’s hard at work on her next novel, a tale featuring an alpha male with a dark side and the strong woman who brings him to his knees. You can learn more about Gena, her menagerie of rescue dogs, and all her upcoming books at genashowalter.com or Facebook.