Review: "This Christmas" by Jeannie Moon 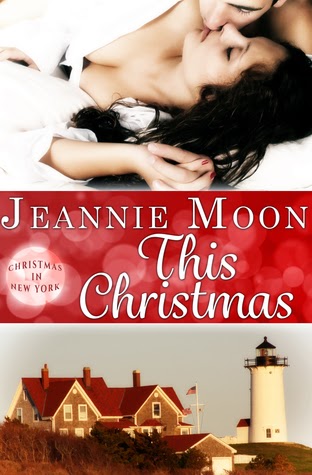 This Christmas by Jeannie Moon is the first book in the multi-authored Christmas in New York series. The series tells the tale of a group of girlfriends and the men they fall in love with. I read all four books in one day. Once I started with book one, I just couldn't help myself and had to find out what was in store for the other friends. ^.^ While each book can be read as a standalone, I do recommend that they be read in order because the stories are loosely connected.

When she was just nineteen, Sabrina "Bree" Gervais found out she was pregnant. She swore her best friends to secrecy as to the identity of the baby's father and she refused to let him know about the pregnancy, especially after he decided to end things with her when his former fianceé informed him she was having their baby. With a very broken heart and her dreams put on hold, she went on with her life and created the best possible home for herself and her child. And then, ten years later, the only man she ever loved returns.

Jake Killen may have a successful career as a professional hockey player but he's very much aware that his personal life hasn't been anything to crow about. While recuperating from an injury, he returns to New York and makes a startling discovery that has him reeling with various emotions. He's never loved anyone as much as he did Bree and leaving her was the most difficult thing he had ever had to do. But now, finding out that he has a child, he can't help but feel angry and resentful at having lost nearly a decade of time he could have spent with his daughter Charlie.

Bree and Jake are forced to confront quite a number of issues. The fact that their love affair wasn't something that was known to those closest to Bree and the manner in which that affair ended makes Jake look like the bad guy, what with the age difference (he was twenty-five and she was eighteen) and some thinking he took advantage of Bree. Then there's Bree keeping Charlie a secret and her believing that Jake never wanted her, especially since he didn't even return to her after his divorce from his wife. These two appear to have the odds stacked against them, trust being just one of the greatest of their issues.

This was a sweet second chance romance about two people that seemed to truly have been in love the first time around, only to have a terrible lie drive them apart. Their second time around, you could see that they had never forgotten each other, even though ten years had already passed. I liked that things weren't so simple and easily solved when it came to their issues because you could see that they both had to work for redemption for the mistakes they both made. The dynamic between Jake and Bree was great and the addition of Charlie made them a family unit worth cheering for.

This Christmas is a quick read and you'll probably be able to get through it in an hour or so. I enjoyed the story and the characters and couldn't help but smile by the time I got to the end. It took this one book to get me hooked to the rest of the series so I hope my fellow bookaholics will like it as much as I did. With Christmas a little over a month away, the Christmas in New York books are perfect for some holiday reading. I'm giving this first book 4.5 stars out of five. ♥

Grab a copy of This Christmas and Ms. Moon's other books on Amazon.