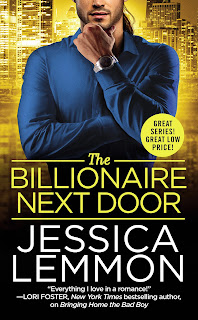 Rachel Foster had a plan for herself, a plan that she's forced to make changes to after a bad break-up that leads to her walking away from her job. Now a bartender moonlighting as a dog-sitter, Rachel's luck changes when she comes face to gorgeous face with the upstairs neighbor of the dog's owner: the hot and hunky Taggart Crane. Part of the famous and wealthy hotelier family, Tag has been tasked to make sure that guests in each of their locations are enjoying their stay, which has him traveling from one place to another. His job description may require him to be the life of the party, but that doesn't mean that it's an easy job to take on. When Tag learns of Rachel's background in marketing and her experience with bartending, he realizes that she may be exactly what he needs in putting together new plans for the hotel bars. The more time he spends with her, however, has him also realizing that Rachel could very well be the woman he didn't know he wanted and needed until now. But Rachel's already been burned by a man once, and she isn't sure if she's willing to put her heart on the line, even for a man like Tag.

The Billionaire Next Door is the second novel in author Jessica Lemmon's Billionaire Bad Boys series and here we get to know Taggart Crane much better, because he certainly had me curious over in the series starter, The Billionaire Bachelor. There is way more to him than being a partyer. He's got a far more serious side to him, one that knows the profitable business of having fun. Rachel Foster may be a woman that Tag wants, but he's never been in the market for something more...until, of course, his feelings for Rachel develop and have him craving the one thing he never thought he would. But see, that's where things get complicated for him, because Rachel went into their fling not wanting anything serious, not after getting her heart broken into itty, bitty pieces. I enjoyed the chemistry between these two and cheered them on as they tried to figure out if something more serious and committed was something they wanted and if it was worth the possibility of it leading to heartbreak. While The Billionaire Next Door is a standalone, I recommend reading The Billionaire Bachelor first. Book two gets four stars. ♥

Purchase The Billionaire Next Door on Amazon | B&N | Kobo.