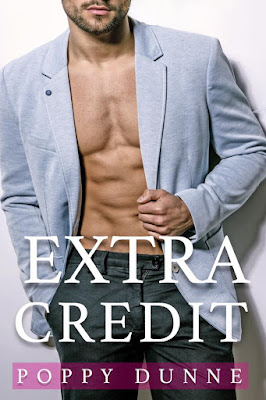 About Extra Credit
The first time I saw Will Munroe I had him pegged as a typical LA douchebag—a little too handsome, a little too rich, a little too into his probiotic kale smoothies. The next time I ran into him—at his daughter’s parent/teacher conference (me: teacher, he: parent)—I noticed his steel grey eyes, his hard chest under a crisp white button down, and his suggestively bare ring finger. I was hooked.

If life really imitated art, he’d have swept me off my feet and taken me right there on the principal's desk. Instead, we are stuck in our assigned roles. He’s the workaholic single dad of a precocious girl child, and I’m her fiery substitute teacher. Never the two shall meet. Enter one zany, yurt-dwelling ex-wife, a stock market that never sleeps, and some over-the-top, A-list fundraisers, and I've got plenty of drama ahead. Better to keep my hands to myself.

But when Will asks me out for a pancake breakfast, how can I resist? My heart (and my stomach) say yes, but am I willing to risk my job for a short stack and a romp in the hay? A slow, sensual, mind-blowing romp in the hay…

But where there’s a Will… 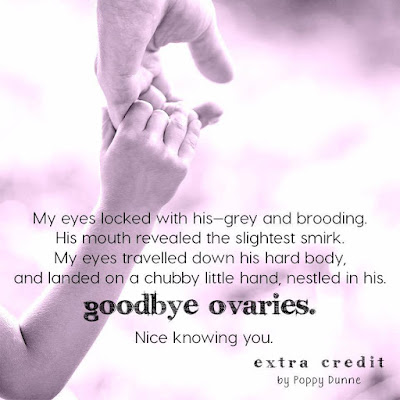 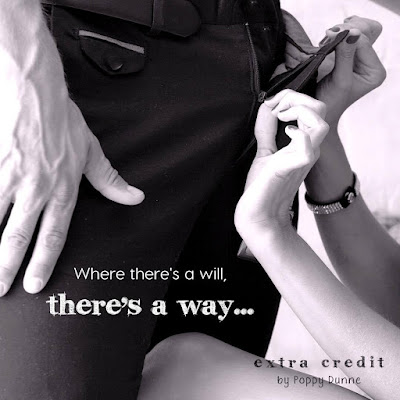 An Excerpt from Extra Credit
I’m asking for a tissue when he sweeps me up into his arms and kisses me. His mouth covers mine, nothing tentative about it. It’s a masterful kiss, him claiming my mouth over and over again. My arms twine around his neck, when what I should be doing is pushing him away with a Scarlett O’Hara “I do dee-clayah! Mr. Munroe!” But I don’t. Instead, I pull him closer, feeling the scrape of his stubble against my cheek. He tastes like breath mints from heaven, or something else celestial and minty fresh. When we finally pull apart—which body does not want, but brain insists on—I find I can finally exhale. Will lowers me back to the ground like I’m floating back out of a dream, back to my job and the school and…the fact that I’m still doing my job at the school.

While snogging a parent.

Okay, brain. Let’s get back to it.

“That was…” Will’s voice trails off. The tone is deep, rugged, sexy.

I respond, “Shhweee.” I think I was looking for the word sweet, but we’ll never know.

“Very,” he agrees. He steps away, even though every molecule in my body right now is telling me to fling myself back at this tall, infuriating, infuriatingly gorgeous man. But just as I’m about to throw caution and my bra to the wind, someone adorable comes bouncing up to us, her mouse-eared hoodie still on.

About Poppy Dunne
After ten years of hiding behind a bathroom door, Poppy Dunne has sent both children to school, emerged from the bathroom, and is excited to release Room Service, a romantic comedy plotted mostly on the toilet.

Poppy writes books with relatable heroines who speak their minds and whose riotous inner dialogue reflects their complex characters. Her goal is to deliver a story that has equal parts heart, romance and humor. Her heroes are swoon worthy, yet hold on to your suspension of disbelief, because they pick up their own socks and cook.

In her free time, she looks for hobbies other than Netflix and procrastinating to fill out this author bio. She lives in Los Angeles with her husband and children.