Book Spotlight: Leaning Into the Fall by Lane Hayes 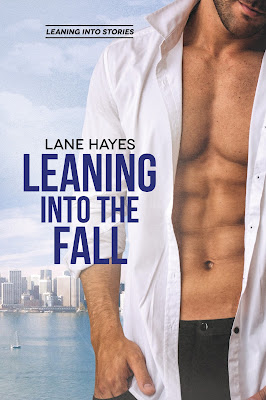 About Leaning Into the Fall
Nick Jorgensen is a quirky genius. He's made a fortune in the competitive high tech field with his quick mind and attention to detail. He believes in hard work and trusting his gut. And he believes in karma. It’s the only thing that makes sense. People are difficult, but numbers never lie. In the disastrous wake of a broken engagement to an investor’s daughter, Nick is more certain than ever he isn’t relationship material.

Wes Conrad owns a thriving winery in Napa Valley. The relaxed atmosphere is a welcome departure from his former career as a high-rolling businessman. Wes’s laid-back nature is laced with a fierceness that appeals to Nick. In spite of his best intention to steer clear of complications, Nick can’t fight his growing attraction to the sexy older man who seems to understand him. Even the broken parts he doesn’t get himself. However, when Wes’s past collides with Nick’s present, both men will have to have to decide if they’re ready to lean into the ultimate fall.

Read my five-plus-starred review of Leaning Into the Fall.

Add Leaning Into the Fall on Goodreads. 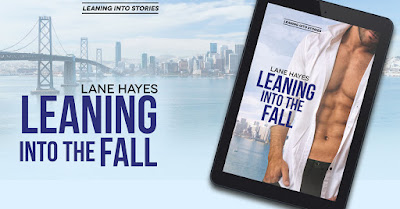 An Excerpt from Leaning Into the Fall
Wes led me to a small room at the opposite end of the building filled with barrels. The temperature dipped at least ten degrees here and the strong scent of fermenting wine was offset by the smell of oak. I moved toward the round table in the middle and glanced up at the tower of barrels. Each was labeled and dated, but as far as I could tell, the order wasn’t chronological. I categorized and filed the numbers in my mind in an attempt to solve a mystery that probably wasn’t so mysterious after all.

“These are special reserve wines. The best of the best. Theoretically anyway,” Wes said, picking up the long-sleeved plaid shirt draped over one of the chairs at the table.

“What do the numbers mean?” I asked, running my fingers over the printed tag on the barrel.

“It’s an internal code that basically tells us exactly which vines yielded the harvest. Some have information about soil disruption or weather flux. Of course, once the wine is fermenting that information is no longer significant but—”

“Where are the dates on these labels? Isn’t timing everything in the wine business?”

“Some might argue timing is everything in every facet of life.” Wes regarded me curiously before pointing out the dates in the middle of the tag. “It’s all here. See?”

“I don’t understand your system,” I said, stuffing my hands in my back pocket and staring up at the barrels.

“It’s an internal system. You’re not meant to understand. It’s for us only. The same way you wouldn’t explain the science behind how an advanced operating system works to one of your clients. They might say they’re fascinated but they aren’t really interested in the details. Same goes for wine. People come to tour the winery every day. They want to know about grape varietals and blends and some even ask about topography, weather and the fermentation process. But the true science of wine making confounds them. At the end of the day, truth is in the bottle.”

Wes smiled as he pulled his shirt on. “’In wine, truth’,” he translated. “Different context, but yes… truth. Are you going to tell me why you’re here or do I have to break out a bottle of Pinot to get the real story?”

Wes’s wolfish grin spread slowly across his handsome face as he closed the distance between us. He tilted my chin with his forefinger and stared deep into my eyes as though he was trying to read my mind. Or devour me whole.

“You look like you want to eat me,” I said before I could stop myself.

“You invited me.” My eyes drifted shut when he ran his fingers along my jaw then splayed his hand behind my head and tugged my hair.

“Well, we were in the middle of listing our all-time favorite bands or artists by decade. That’s not the kind of thing you can leave for a whole week. It’s important.”

“You’re right. What were we thinking?” He licked my bottom lip in a sensual line from one corner of my mouth to the other. “We’ll have to continue that discussion later. I want to do other things first.” 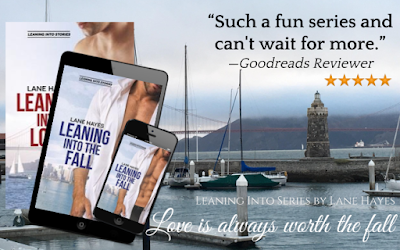 A Note from Lane Hayes
I love people who think differently from others. Outside-of-the-box thinkers, geniuses, or just plain weirdos…these are the intrepid souls who give us an original view point and inspire us to look for new solutions to old problems. In my recent release, Leaning Into the Fall, Nick Jorgensen knows he’s a little odd. Luckily, he has a great group of friends who see past his quirks and appreciate him as he is. Not everyone else does.

Nick is a very personal character. He’s based in part on my oldest son who also happens to be gay. My son isn’t a computer whiz nor is he able to solve a Rubik’s Cube in seconds flat. His gift is language. He speaks fluent French and he’s taught himself German, Spanish, and a smattering of other important words and phrases in other languages. It used to be an odd parlor trick but now that he’s twenty-three, it’s quite useful. LOL. He fascinates me and inspires me. Not because he’s a genius per se, but because like Nick, he owns his “weirdness”.

It’s human nature to celebrate people who excel in feats of strength, daring and showmanship. We love athletes, musicians and movie stars. We want quick entertainment. We’re quick to overlook the importance of the individuality and complex thought that isn’t always tied to dollar signs. Conformity is the antithesis of innovation. In my opinion, we can learn so much from who march to the beat of their own drum.

Thank you so much for having me here today! 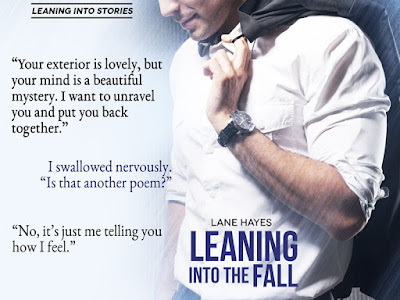