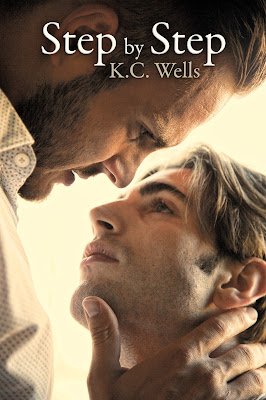 About Step by Step
Jamie’s life is one big financial mess, and it really isn’t his fault. However, the last thing he expected to find in the library was a Good Samaritan. He might have been suspicious of Guy’s motives at first, but it soon becomes apparent that his savior is a good man who has been lucky in life and is looking to pay it forward. Guy being gay is not a problem. Jamie’s not interested… or so he thinks.

Guy is happy to help Jamie, and the two men get along fine. But when Jamie’s curiosity leads him from one thing to another, Guy finds himself looking at the younger man with new eyes. What started out as a hand up is now something completely different….

Read my four-starred review of Step by Step.

Add Step by Step on Goodreads. 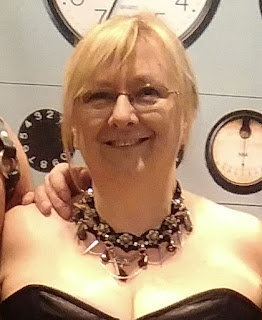 K.C. now writes full-time and is loving every minute of her new career. The laptop still has no idea of what hit it… it only knows that it wants a rest, please. And it now has to get used to the idea that where K.C. goes, it goes.

And as for those men in love that she writes about? The list of stories just waiting to be written is getting longer… and longer….

K.C. loves to hear from readers.