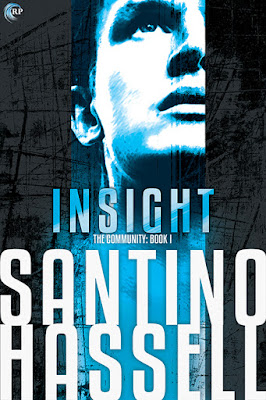 About Insight
Growing up the outcast in an infamous family of psychics, Nate Black never learned how to control his empath abilities. Then after five years without contact, his estranged twin turns up dead in New York City. The claim of suicide doesn’t ring true, especially when a mysterious vision tells Nate it was murder. Now his long-hated gift is his only tool to investigate.

Hitching from his tiny Texas town, Nate is picked up by Trent, a gorgeous engineer who thrives on sarcasm and skepticism. The heat that sparks between them is instant and intense, and Nate ends up trusting Trent with his secrets—something he’s never done before. But once they arrive in the city, the secrets multiply when Nate discovers an underground supernatural community, more missing psychics, and frightening information about his own talent.

Nate is left questioning his connection with Trent. Are their feelings real, or are they being propelled by abilities Nate didn’t realize he had? His fear of his power grows, but Nate must overcome it to find his brother’s killer and trust himself with Trent’s heart.

Read my five-plus-starred review of Insight.

An Excerpt from Insight
He knew he was blacking out, and he knew, somehow, that it wasn’t natural.

Nate’s knees weakened, and he felt himself falling. The darkness swallowed him, but only for a second. When it ended, and his eyes opened, his confusion and alarm turned into terror.

The liquor store was gone. Everything was gone.

He was outside and standing in the middle of a road. Above him was a night sky with no stars. Across the road, a murky body of water stretched out to distant, twinkling lights. To his left were concrete piers, and a mammoth gray ship was anchored further down. The air was cool, much cooler than the humid Texas climate would allow in June, and a sharp wind cut through his clothes.

He realized then that he wasn’t just standing on a road—it was a wide highway. The lanes were split by a broad, granite divider and dozens of cars rushed past on the opposite side. The breeze gusted again, briny and damp, stinging his eyes. Narrowing them against the wind, Nate looked around in awe. When he half turned to see over his shoulder, he shouted in alarm.

Headlights assaulted his vision, and Nate leaped out of the way. The side of the vehicle brushed his side, and he fell, knees slamming against the blacktop and teeth clicking together from the impact. With his palms pressed flat against the ground and breath coming in violent bursts, Nate looked up and around.

What the hell was happening?

Across the highway and beyond the squat buildings were enormous high-rises. They shot up into the starless sky, towering sentinels that dominated a place that was nothing like Brookside or Houston; nowhere Nate had never been to. Even so, there was something familiar about it . . .

Forcing himself to his feet, Nate rubbed his stinging hands together. He wanted to wake himself from this dream, but he started walking, destination unknown, through the night. Each footstep echoed in the darkness. It drew his attention downward, and Nate saw that his shorts and Chuck Taylors had been replaced by combat boots and skinny, black pants.

Breath coming faster, Nate started to jog down the sidewalk. When traffic halted beside him, he glanced at the line of cars. The tinted windows of a Dodge Charger showed his reflection clearly, and Nate froze, unable to immediately process what he was seeing.

The customary Black family features—blond hair and steel-gray eyes—were there, but the face, as much as it looked like him, wasn’t his. The jawline was identical to his, as were the broad shoulders and lanky build, but where Nate had built up muscle, his reflection was narrow and waifish. It also had much longer hair and lacked his tan and the scar.

It wasn’t his face staring back at him. It was Theo’s.

He reached out to touch his reflection just as a voice shouted in his head: Run.

Adrenaline jolted through his veins, but before Nate could move, the world blinked again. 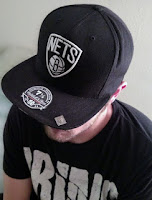 Santino was raised by a conservative family, but he was anything but traditional. He grew up to be a smart-mouthed grunge kid, then a transient twentysomething, and eventually transformed into a guy who spends his days and nights writing romance with an edge.

Santino is a dedicated gamer, a former fanfic writer, an ASoIaF mega nerd, a Grindr enthusiast, but most of all he is a writer of LGBT fiction that is heavily influenced by the gritty, urban landscape of New York City, his belief that human relationships are complex and flawed, and his own life experiences.

Giveaway
To celebrate the release of Insight, one lucky winner will receive $20 in Riptide credit! Leave a comment with your contact info to enter the contest. Entries close at midnight, Eastern time, on March 18, 2017. Contest is NOT restricted to U.S. entries. Thanks for following the tour, and don’t forget to leave your contact info!