Book Spotlight: The Reason for Me by Prescott Lane 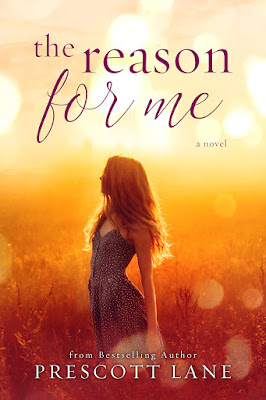 The Reason for Me
by Prescott Lane
Date Released: October 16, 2016

About The Reason for Me
Holt

She likes it quick and dirty.
I like orders and rules.

She rides a Harley.
And that drives me f’ing nuts.

Annalyse and I have both lived in our own personal hells for half a decade. She’s learned to love the warmth, and I’m still consumed. But my new neighbor is stoking more than my libido these days. We agreed on only pleasure. But she changed the rules.

And now I’m not even sure what they are.

We all look for reasons in life. Reasons for death, love, pain. Why one thing happens and not another? It’s human nature. We’ve been looking for the meaning of life since the beginning of time. But maybe the reason for all of it — life, love, loss, heartache — is the curvy brunette living next door. 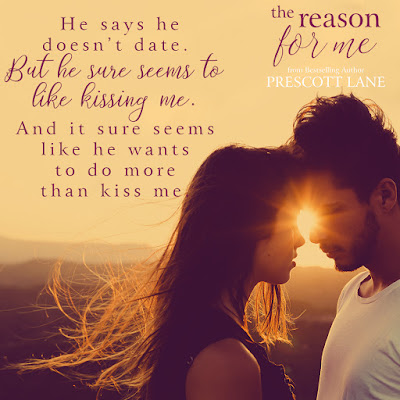 Read my five-plus-starred review of The Reason for Me.

Add The Reason for Me on Goodreads. 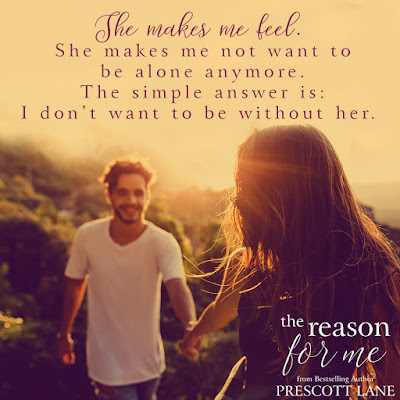 An Excerpt from The Reason for Me
Annalyse

“You should have on a life jacket.”

“When I kayak or when I ride my motorcycle?” I ask.

He tries not to smile, but he does. “Pissed, huh?”

“You looked that up just to lecture me, didn’t you?”

“Not the point,” he says. “No more motorcycle.”

Did he really think he could go all alpha male on me? Usually, it would be hot as all-get-out to see a man in control, dominant, but right now alpha equals asshole! Note to self — I should do a blog post on that. Where have all the good alphas gone? “Who do you think you are?” I say, walking away. “You’re not my husband or my father. Come to think of it, I wouldn’t let my father or husband order me around like this.”

“You’re a gynecologist! You’ve seen what a motorcycle can do to a vagina?”

Oh God, I’m in trouble. He’s got the dirtiest look in his eye. “I’d imagine the vibration would feel pretty damn good.”

I can’t help it and bust out laughing. “You are impossible.”

“And it’s the law to carry a life vest for every person in a kayak,” he says.

“Ordering people around,” I say.

“Only certain people,” he says.

Don’t ask me why, but the thought of him “ordering” me around made my legs clench together, or maybe it was the mention of vibrations. Either way, the idea of him taking control of my body didn’t sound bad to me at all. It would be nice to not think so damn much all the time and just feel something good for a change. 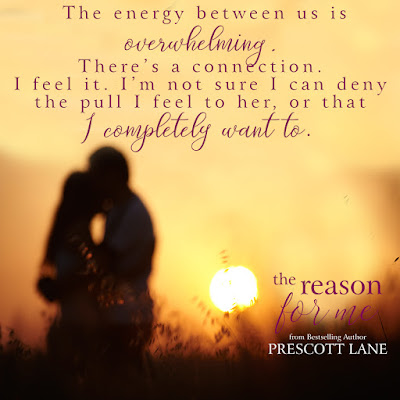 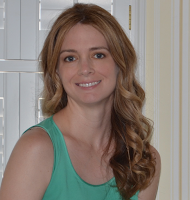 Prescott Lane is the Amazon bestselling author of Stripped Raw. She's got six other books under her belt including: First Position, Perfectly Broken, Quiet Angel, Wrapped in Lace, Layers of Her, and her new release, The Reason for Me.

She is originally from Little Rock, Arkansas, and holds a degree in sociology and a MSW from Tulane University. She married her college sweetheart, and they currently live in New Orleans with their two children and two crazy dogs. 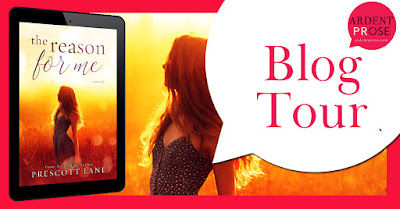