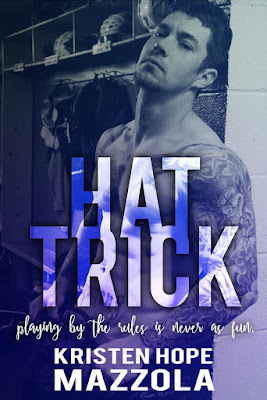 That’s all it took to send my brother’s and my life into a tailspin with no end in sight. I was going to be something. I was going to be the best. I had the Olympics in my sights. And it all went to shit in one flash. Brayden wasn’t ready to raise a younger sister when I was thrown into his lap. He had his life and everything going for him. Thankfully, he was still drafted to his dream hockey team. The same one dad played for when we were growing up.

It took time, but I started to get better, started to open up, started skating and even dating again. I even thought I found the perfect guy for me.

Isn’t it funny how guys hit on you when they know you’re not available, but when you’re single they won’t give you the freaking time of day? I guess the game is more fun that way. And for the captain of my brother’s team, that’s exactly what I was. A hat trick is three goals in hockey. Some say three is a crowd and they might be right.

I was Gavin Hayes' unobtainable goal. 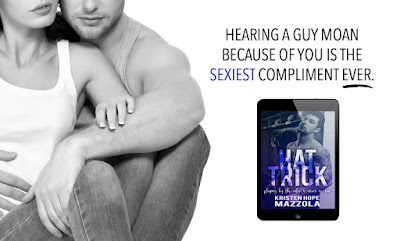 Kristen has an amazing Teespring campaign going on
where 100% of the profits are going to support The Marcie Mazzola Foundation. 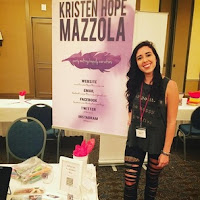 Kristen Hope Mazzola is just an average twenty-something following her dreams. She has a full-time “day job” and by night, she is an author. She guesses you could say that writing is like her super power (she always wanted one of those). She is a lover of wine, sushi, football, and the ocean; that is, when she is not wrapped up in the literary world.

Please feel free to contact her to chat about her writing, books you think she’d like, or just to shoot the, well you know.

A portion of all her royalties are donated to The Marcie Mazzola Foundation.