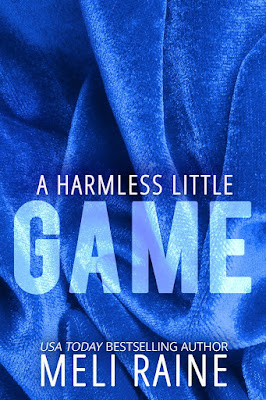 About A Harmless Little Game
Four years ago I lost my virginity on live, streaming television. 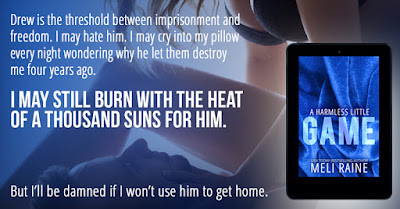 Read my five-starred review of A Harmless Little Game. 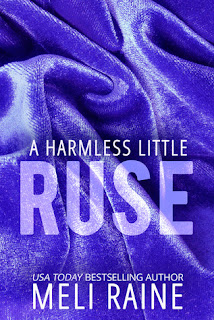 She has no idea what she’s doing. Loose cannons never hit their targets.

When her father, Senator Bosworth, contacted me to ask — demand — that I protect her, it was a second chance. A shot at redemption.

Note: A Harmless Little Ruse is the second book in this political thriller/romantic suspense trilogy by USA Today bestselling author Meli Raine, and is entirely from Drew’s perspective. 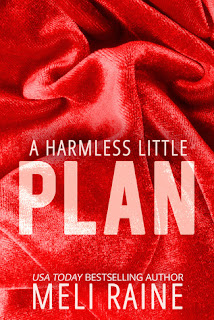 Turns out there was a second video from that awful night four years ago. Mine wasn’t the only tape.