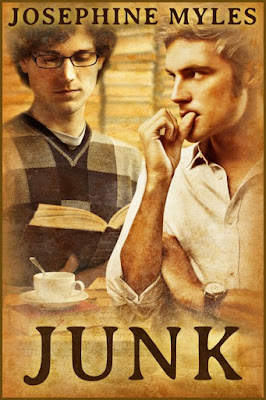 About Junk
He loves a good book, but he could love a good man more…

When an avalanche of books cuts off access to his living room, university librarian Jasper Richardson has to face up to the truth. His ever-growing heaps of books, magazines and newspaper can’t be classified as a collection any longer. Jasper is a hoarder, and he needs professional help.

Professional clutter clearer and counsellor Lewis Miller thinks he’s seen it all, but even he has to admit he’s shocked. Not so much from the state of Jasper’s house but from the attraction he still feels for the sexy bookworm he went to school with.

However, Lewis's ethical code forbids relationships with clients, and besides, he's determined to get over his habit of falling for unsuitable men he hopes to "fix". But as Jasper continues to make steady progress the magnetic attraction between them is so strong even Lewis has problems convincing himself it’s merely a temporary emotional attachment arising from the therapeutic process.

Jasper is determined to prove to Lewis that this is the real deal. But first he'll have to explore the root of his hoarding problem—and reveal the dark secret hidden behind his walls of books.

Warning: Contains a level-headed counsellor with a secret addiction, a bespectacled geek with a sweet tooth, a killer “to-be-read” pile, embarrassing parents, a van called Alice, and deliciously British slang. 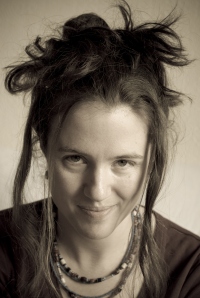 English through and through, Josephine Myles is addicted to tea and busy cultivating a reputation for eccentricity. She writes gay erotica and romance, but finds the erotica keeps cuddling up to the romance, and the romance keeps corrupting the erotica. Jo blames her rebellious muse but he never listens to her anyway, no matter how much she threatens him with a big stick. She’s beginning to suspect he enjoys it.

Jo’s novel Stuff won the 2014 Rainbow Award for Best Bisexual Romance, and her novella Merry Gentlemen won the 2014 Rainbow Award for Best Gay Romantic Comedy. She loves to be busy, and is currently having fun trying to work out how she is going to fit in her love of writing, dressmaking, and attending cabaret shows in fabulous clothing around the demands of a preteen with special needs and an incessantly curious toddler.