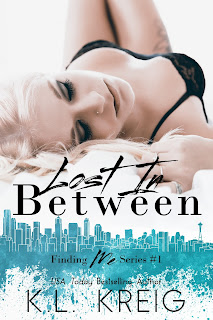 She's an audiobook narrator that augments her earnings by working as an escort, and it isn't so bad. Willow Blackwell does what she has to in order to make sure that her mother has the care she needs. When Shaw Mercer makes her an offer of $250,000 to be his girlfriend over the next four months, refusal would have been pure insanity. He needs her to make it appear as if he's no longer the playboy the press has reported him to be and with his father's re-election campaign in full swing and their family a buffet of scandals just waiting to be feasted upon by the public, Shaw takes it upon himself to deflect attention. However, Shaw doesn't have plans of actually being in a committed relationship with anyone. It's not who he is and it's not something he desires for someone like him.

Rules are in place and they're there for a reason. Shaw and Willow enter into their agreement with only the purest of intentions...but when not so pure desires and wants get in the way, those firmly set rules? Well, they're bound to be broken. Falling in love with one another was never an option, but maybe it was always inevitable with these two. Familial concerns are already weighing upon them, but when someone from Willow's past--someone who she knows full well she hurt--makes an unprecedented return, neither Willow nor Shaw are prepared. Will the already present onslaught of challenges along with the new and unknown threat of Willow's ex break them? But maybe the unknown isn't as unknown as Willow thinks. Could something that started off as a lie ever truly become truth?

I confess that after having read Black Swan Affair,  which I was totally obsessed with, my expectations for whatever K.L. Kreig had up next for us to devour were probably at an unrealistic level. But that's what happens when you leave readers still feeling the aftereffects of such a well-crafted novel. So, when it came out that the author had a duet releasing within the first quarter of this year, I wasn't stupid; of course, I was going to say yes! And Lost in Between, the first in the Finding Me series, was an enticing opening to an already intriguing duology. Did I love it as much as I did Black Swan Affair? No. Was it well-written with a story and characters that have me looking forward to the sequel, Found Underneath, a little over three months from now? Definitely. Four stars for Lost in Between. ♥

Purchase Lost in Between on Amazon | B&N | iBooks | Kobo.