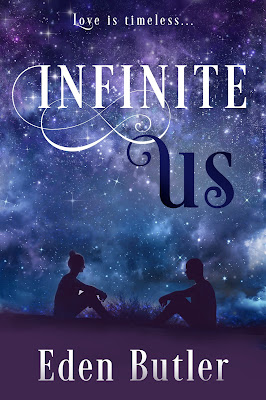 About Infinite Us
Love is timeless…

Nash Nation loves zeroes and ones, over-sized monitors and late office hours. He’s too busy taking over the world to make time for relationships—that is, until his new neighbor Willow O’Bryant barges into his life, and now Nash can’t shake the feeling that this isn’t the first time she’s interrupted his world.

Then, the dreams start. And in the dreams—memories.

Memories of a girl named Sookie who couldn’t count on love or friendship, never mind forever. Memories of a library and a boy called Isaac and secrets made in private that destroyed his world.

The memories seem real, but who do they belong to?

When Nash and Willow discover the truth, life as they know it unravels.

The bridge between this life and the next is shored up by blood and bone and memory. Sometimes, that bridge leads to the place we’ve always wanted to be. 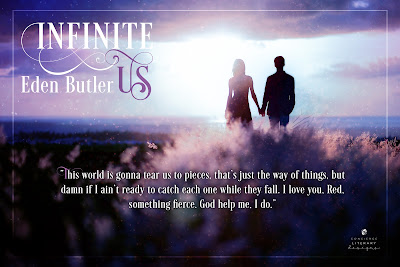 Add Infinite Us on Goodreads. 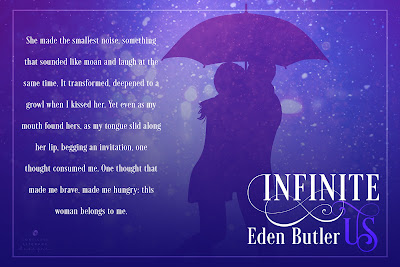 An Excerpt from Infinite Us
My brain went into autopilot as I left Manhattan, grabbing the A train to get me to downtown Brooklyn. And the whole way home, with the rocking of the train, the funky smell of the city getting fainter with every stop, and the even worse body odor of all the compressed bodies, the ache in my head—threatening to turn into a migraine for real—grew the closer we came to my stop, that weird memory nagging at me.

That shit wouldn’t let me be.

Over and over in my head, as I huddled tight behind my jacket in the unseasonably chilly weather, the memory came clear as a raindrop.

Me and her. Me and the woman I didn’t know. Me as a man I’d never been.

The smell of roses. The hint of dust and coffee.

The feel of worn book bindings and the scrap of metal chairs on wood floors.

The taste of honey on my tongue.

The woman wrapped around me, holding tight, like I was her lifeline. Her red hair between my fingers, her nails pulling at my collar. Feeling needed. Feeling free.

A gust of wind blew off my hood, had my eyes watering as I jogged the rest of the way toward my building, barely acknowledging the people grouped around the front entrance. But then the sound of kids screeching cut into my brain, and I finally noticed that Old Man Walker was handing out Jolly Ranchers from the top step; for his grandkids and the others bouncing around, he couldn't get the wrapped candy out of his pockets fast enough.

In that small chaos, compounded by an arguing couple from 3C coming out of the elevator, brushing past the cluster of kids in their red and green puffy coats and their sniffling noses, heels clicking on the tile floor and crackling over the candy wrappers littering the hall, I forgot about the dream. If only for a second.

Until I saw Willow at the mailboxes.

Until I realized I couldn’t walk away from her.

She didn’t look much like the woman in my dream. Her hair was not red, but light brown. The redhead’s had been thick and bone straight. Willow’s was wild, all over the place, as though she could never get it under control.

The woman in my dream had been thin with barely a hint of curve to her shape. Elegant, graceful like a ballerina. Willow was all dips and bends, luscious, her legs strong with well-defined muscle, and a wide, wondrous ass.

Suddenly the rest of the world receded and there was nothing but the movement of Willow’s hair as she dug the mail from her box, the rhythm of her limbs as she swatted at that thick mass of hair, the swoop of her jacket hem against all those round, perfect curves as she turned, her attention on the envelopes in her hand.

The smell of her skin, the jasmine in her hair, seemed to billow around me as I stood motionless in the lobby. She was everywhere, familiar and yet unknown. A stranger/not stranger I had held at arm’s length, but still far more real than my dream, than the memory it was trying to evoke.

Willow stopped short as she noticed me, pausing with the mail held against her chest, a frown appearing on her face. I knew that expression from the last time I saw her, when I lied and told her I didn’t want her, when I had spoken promises that even then I knew I’d never keep.

“Nash.” There was a bite in her voice, the clip of my name, as if she was trying to sound disdainful, yet her voice still held an undertone of something that, if it had a flavor, would have tasted like honey.

And then the dream, that sweet, stinging memory crashed over me. It wasn’t the first. It wasn’t the last. There was no girl called Sookie, no boy named Dempsey who loved her. This time, I’d watched, not knowing who I was; a voyeur in someone else’s life, but someone who felt so real to me. Someone I knew better than myself.

Déjà vu and fantasy and nonsense I did not understand hit me like a fever, and I was lost. The redhead kissed my neck. The hint of her soft, liquid tongue against my skin, tugging on my ear, wanting me with a fierceness no one ever had before, overwhelmed me, and I had to close my eyes to keep from being dragged under.

“What’s wrong with you?” Willow’s voice reeled me back in, and I opened my eyes to see her sweet, concerned expression and the curve of her mouth, the fullness of her bottom lip.

Then Willow... she took the back of her hair in one hand, twisting it into a braid—the smallest gesture that I’d seen her do a dozen times—and suddenly I realized: the woman in my dream had done the same thing. The same motion, the same movement. Just like Willow.

A sharp intake of breath—that was me. Willow had backed up a half step, her face confused, conflicted, and despite what I’d said before, I reached out and slid my fingers tentatively to touch her face, guiding her chin up so I could look into her eyes.

She made the smallest noise, something that sounded like a moan and a laugh at the same time. It transformed, deepened to a growl when I kissed her. Yet even as my mouth found hers, as my tongue slid along her lip, begging an invitation, one thought consumed me, something I didn’t believe was left over from my dream. One thought that made me brave, made me hungry: this woman belongs to me. 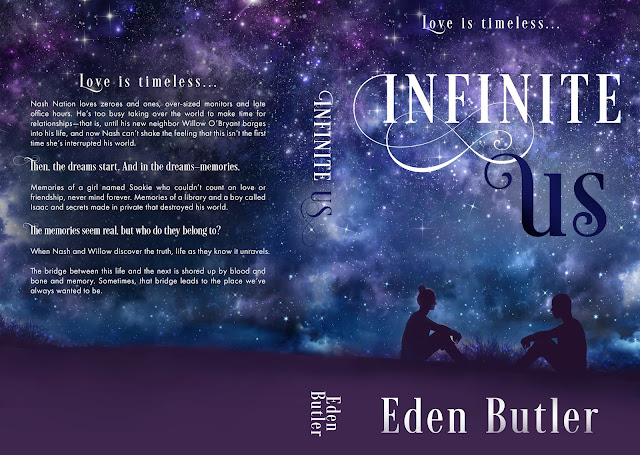 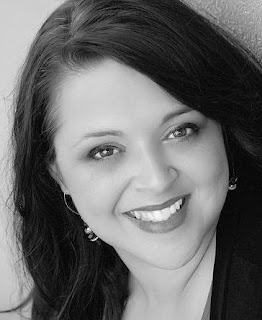 Eden Butler is an editor and writer of Mystery, Suspense, and Contemporary Romance novels and the nine-times great-granddaughter of an honest-to-God English pirate. This could explain her affinity for rule breaking and rum.

When she’s not writing or wondering about her possibly Jack Sparrowesque ancestor, Eden patiently waits for her Hogwarts letter, edits, reads and spends way too much time watching rugby, Doctor Who, and New Orleans Saints football.

She is currently living under teenage rule alongside her husband in southeast Louisiana.