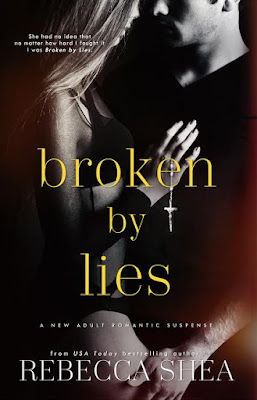 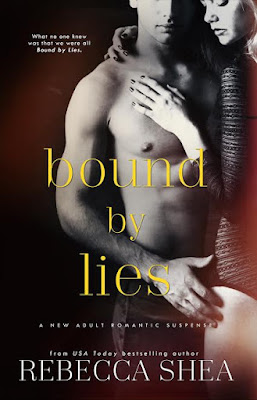 About the Bound & Broken series
Broken by Lies (book one)
I had no idea how much I would love Alex the day he walked into my life.
He changed everything.
The way I breathed.
The way I thought.
The way I loved.
He brought me back to life.
He gave me strength and a safe place to land.
And then he broke me.
Finding Emilia was a chance to do something good for once in my life.
I wanted to change.
She believed I was her savior.
I ached to be.
She found her way into my heart and claimed it as her safe place.
I should be telling her the truth about me…instead I break her with lies.

Bound by Lies (book two)
Torn between two men; one was what I needed, the other was what I wanted.
One man was safe and the other was dangerous.
But both men would lay down their lives to save me.
ATF agent Sam Cortez is fighting to bring down the Estrada family empire, which was built on murder and corruption.
Alex Estrada did what was needed to keep me safe…and paid with his life.
Starting over as I try to rebuild my life, it’s clear that the past is never what it seems.
What no one knew was that we were all bound by lies.

Read my joint four-starred review for Broken by Lies and Bound by Lies.

An Excerpt from the Bound & Broken series
Fear.

Pure evil dances in his dark brown eyes, and hate flashes across the light brown skin of his face as he looks down on me, his gun pointed at my head. As I stare at the barrel of the gun, images of the things I used to fear flash through my mind, but nothing compares to the moment you know you’re going to die…and then hearing the gunshot before everything goes black again.

That’s all I’m capable of feeling in this moment. My lungs burn. My heart aches. My head screams.

That’s all I feel. 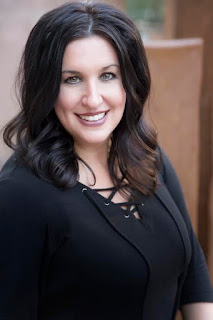 Rebecca Shea is the USA Today bestselling author of the Unbreakable series (Unbreakable, Undone, and Unforgiven) and the Bound & Broken series (Broken by Lies and Bound by Lies). She lives in Phoenix, Arizona with her family. From the time Rebecca could read she has had a passion for books. Rebecca spends her days working and her nights writing, bringing stories to life.

Born and raised in Minnesota, Rebecca moved to Arizona in 1999 to escape the bitter winters. When not working or writing, she can be found on the sidelines of her sons’ football games, or watching her daughter at ballet class. Rebecca is fueled by insane amounts of coffee, margaritas, Laffy Taffy (except the banana ones), and happily ever afters.