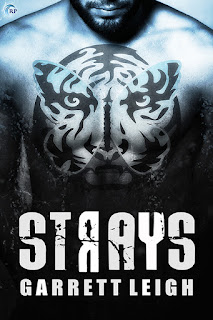 Nero Fierro likes the routine of his life. It gives him purpose and keeps him on the straight and narrow. He's considered a taskmaster and a grump by those who work under him, but he's considered one of the best at what he does and concocting new dishes for whichever restaurants his bosses at Urban Soul what him to take charge of for however long is a responsibility he doesn't take lately. When one of those bosses--who also happens to be his best friend, Cass Pearson--asks for a favor, Nero knows saying "no" is something he wouldn't even consider doing, even if agreeing means having a stray live with and work around him. As long as Lenny Mitchell doesn't get too much in his way, they should get along just fine...or as fine as one can get along with Nero. But the more time the two men spend together, the more curious Nero becomes as to why Lenny is with him in the first place and exactly what it is he appears to be afraid of. Sharing his life story should guarantee Lenny will hear Nero's too, but Nero's life has been far from ideal and the secrets he chooses to keep are hidden for reasons that may scare Lenny away.

Readers of Misfits, the first in the Urban Soul series from author Garrett Leigh, will recognize Nero, who made an appearance there. Here, the grumpy chef finds himself falling, unexpectedly enough, for a man who is hiding from a stalker. With his brightly colored hair and eyeliner, Lenny is difficult to turn away from, but he doesn't want to be noticed, choosing instead to remain within the confines of Nero's flat or Pippa's, the Urban Soul restaurant Nero is now assigned at and where Lenny is currently working at, though not in front-of-house like before. It takes a while for these two to actually form some sort of camaraderie, but there's something about the other that they recognize, even though swapping non-essential tidbits are as far as they go in the beginning. And see, that's what I liked best about this second in a series. We get to see their relationship progress for absolutely nothing to something with depth and breadth. It feels real. There isn't this immediate feeling of falling for the other person, nor is there an unmistakable desire for either one of them to want to be a part of each other's lives forevermore.

I had a feeling Nero was complicated, but his back story was nightmarish, and it gave me a better understanding of why he is the way he is with Lenny for a good portion of the book. It's also clear that there's more to him than being a moody chef in the kitchen, and his affection for Lenny is one that grows over time, even though there are times he tries to tamp it down now and again. You would think that between the two of them, Lenny having a stalker would mean his life was far more difficult, but Garrett Leigh has surprised me once again, and by now, you would think that I would have come to expect this. The lives that her main characters lead are always interesting and have you so curious that you want to get to know them, even when they become frustratingly reticent. You stick it out because you're already involved and invested, and because the reward at the end is always worth it. I also happen to like having Tom Fearnes, Cass Pearson, and Jake Thompson around this second book, and there were a couple of supporting characters I'm hoping will continue the Urban Soul series. I'm giving Strays five stars. ♥

Read my reviews for the Urban Soul series: