Release Blitz: From Top to Bottom by Kevin Klehr 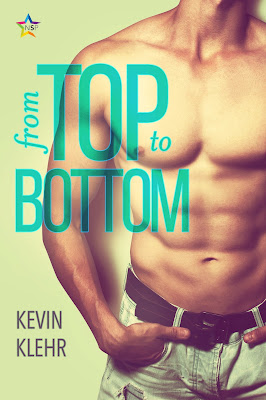 About From Top to Bottom
Can a dedicated top really learn to bottom? Tony wants to find out but he’s scared another die-hard top will just plow through him, instead of taking it nice and slow on a newbie.

Enter Butch, a bear who’ll try anything, and Ford, a guy whose curiosity is tempting him to cheat on his boyfriend. Like Tony, both are dedicated tops wanting to try something new, and on this journey of physical self-discovery, all will find that being open means more than taking it doggie-style.

Add From Top to Bottom on Goodreads.

Top curious about being a bottom, wants to meet likeminded tops.

I thought I was straightforward enough, yet so many timewasters were happy to give but not receive. One loser argued that I ought to get my head examined. He said that it didn’t matter if the other top wanted to bottom, just as long as I got what I wanted.

I stressed that this would be a shared experience. Two or more tops learning from each other, discussing the intricate pleasures we would discover as a group.

Then he said we’d end up writing folk songs about exploring our inner regions and singing around a campfire. I thought to myself, yeah, maybe that’s exactly the direction I wanted to take. Was I getting soft, or was I just growing up? Perhaps there already was a group for closet-bottoms I could join.

But the truth was I wanted like-minded tops simply because we’d go easier on each other. We wouldn’t just ram it up there like a vandal bashing down the door. We wouldn’t be power-bottoms. We would ease in gradually; the runway lit for a relaxed landing before the passengers would embark.

Only two other tops sounded like they were on my wavelength. A bear called Butch and a secretive guy named Ford. So I set the date. The second Tuesday in June was the only night Ford could make it, and I knew better than to ask why.

My front door buzzer sounded. I let in my first visitor.

“You brought cake,” I said. I tried not to let the look of horror show on my face.

“For afterward,” Butch replied. “I baked it myself. Is there room in the fridge?”

“It’s red velvet,” he said. He crouched in front of my fridge, rearranging its contents. “Do you know the weird shit that goes in this cake? Vinegar. And cocoa and vanilla.”

“Do you always bake before sex?”

“I hardly know you.”

“But you’re about to know me a hell of a lot better.”

From Top to Bottom
Author © 2017
All Rights Reserved 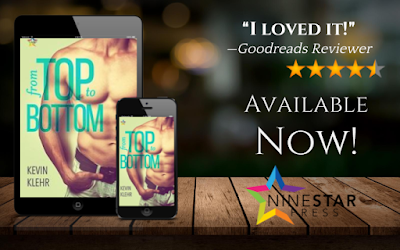 About Kevin Klehr
Kevin lives with his long-term partner, Warren, in their humble apartment (affectionately named Sabrina), in Australia’s own ‘Emerald City,’ Sydney.

From an early age, Kevin had a passion for writing, jotting down stories and plays until it came time to confront puberty. After dealing with pimple creams and facial hair, Kevin didn’t pick up a pen again until he was in his thirties. His handwritten manuscript was being committed to paper when his work commitments changed, giving him no time to write. Concerned, his partner, Warren, secretly passed the notebook to a friend who in turn came back and demanded Kevin finish his story. It wasn’t long before Kevin’s active imagination was let loose again.

His first novel spawned a secondary character named Guy, an insecure gay angel, but many readers argue that he is the star of the Actors and Angels book series. Guy’s popularity surprised the author.

So with his fictional guardian angel guiding him, Kevin hopes to bring more whimsical tales of love, life, and friendship to his readers.