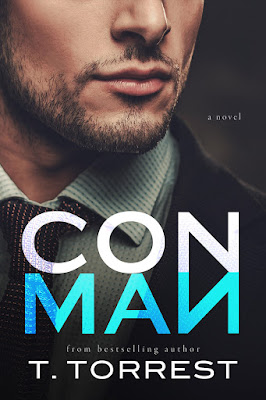 About Con Man
Lucas Taggart is the best con man in the business, so to speak.

A former-geek-turned-hottie, Luke is now an image consultant and life coach to the rich and privileged in New York City. His eight-week program is designed to transform ugly ducklings into swans by instilling some much-needed confidence, and hey, a makeover never hurts.

But when Ainsley Carrington signs up as a client, Luke's world is thrown into a tailspin. Ainsley doesn't need an image consultant; her image is already perfect just the way it is. Luke immediately finds himself grappling with his attraction to the introverted beauty as all his old insecurities come bubbling back to the surface.

Thankfully, his new friend Mia is around to help him out. Soon enough, the teacher becomes the student as lines get blurred and professionalism gets thrown out the window.

The thing is, Luke doesn't date his clients. Ever. But fighting his desire is proving more difficult than he ever imagined. Especially since the cocky and arrogant "confidence man" has just completely lost his cool.

Con Man is a romantic comedy novel intended for ages 18+ due to some offensive language and graphic sex/sexual situations.

READ WHEN YOU'RE IN THE MOOD FOR: cocky, fun, dramatic, insightful, relatable. 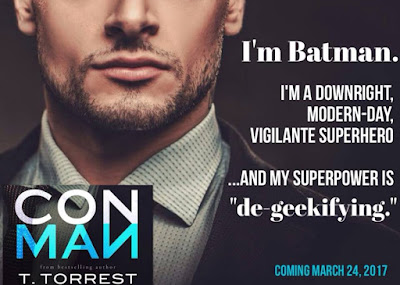 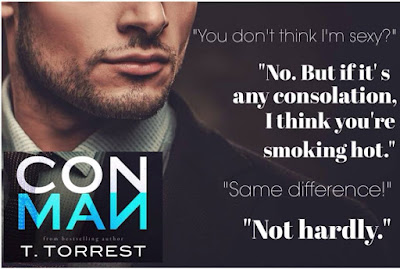 An Excerpt from Con Man
Chapter One

The gorgeous redhead leaned forward across my favorite table at my favorite restaurant, and from the look in her eyes, I already knew what was coming next. 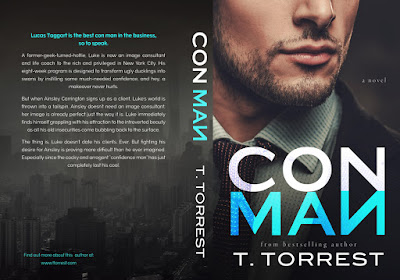 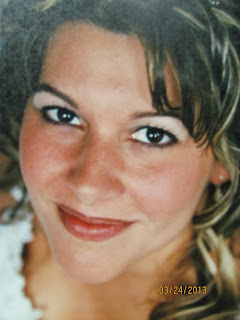 T. Torrest is a fiction writer from the U.S. She has written many books, but prays that only a handful of them will ever see the light of day. Her stories are geared toward readers of any age that know how to enjoy a good laugh and a dreamy romance.

Ms. Torrest was a child of the eighties, but has since traded in her Rubik's cube for a laptop and her Catholic school uniform for a comfy pair of yoga pants. She's a pop-culture junkie, a movie aficionado, and an enthusiast of talking about herself in the third person. A lifelong Jersey girl, she currently resides there with her husband and two sons.

She also really digs it when she hears from readers, and is known to use words like "dig" in a non-sarcastic way. You can find out more about her books at her website.

She also LOVES to get friend requests on Goodreads and Facebook, and personal messages from readers via email.