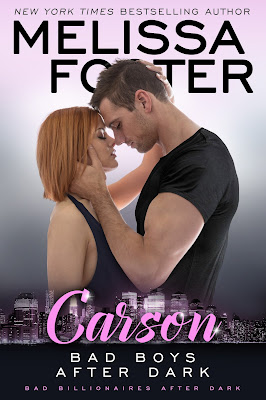 As the founder of a multimillion-dollar international security business, Carson Bad exposes secrets for a living. He knows better than to forge relationships built on them. But for years he did just that with his best friend, and secret lover, Tawny Bishop. She brought a sense of calm and understanding to his life–in and out of the bedroom. Until one fateful night when a knock at the door changed everything.

Tawny is no longer a naive college student. She’s a sought-after perfumer living in Paris. She has plenty of resources at her fingertips, and lots of lonely nights to think about the only man she’s ever loved–the one she ran away from all those years ago. She needs to move forward with her life, but how can she when Carson still owns her heart?

Maybe showing up in the middle of the night unannounced isn’t the best route to unraveling the past and figuring out her future, but Tawny has played it safe for ten long years, and it’s only made her long for the man she never should have walked away from. Now she’s back in Carson’s life, and he’s determined not to make the same mistake twice. If only he knew what that mistake was… 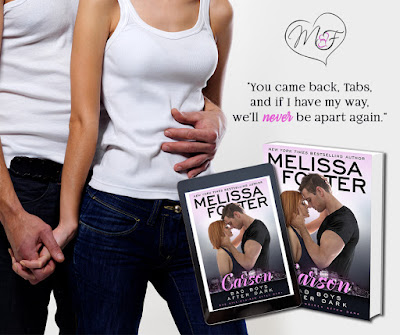 Read my 3.5-starred review of Carson.

Find the Bad Boys After Dark series on Goodreads. 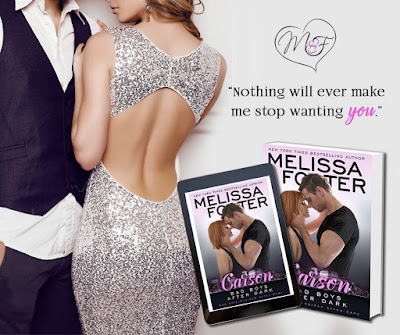 An Excerpt from Carson
It was his kiss, his touch, and the promise of so much more in his rich cocoa eyes that had taunted Tawny Bishop in the wee hours of the night for the past decade and had finally driven her from Paris to New York City on this cold November night. Memories of her once best friend’s demanding hands running over her heated flesh, enticing her into giving him anything he wanted, brought a rush of adrenaline, and her nerves flamed to life. A cacophony of wind and rain created a dark serenade to her seductive and nerve-racking thoughts as the cab weaved through traffic toward the Ultimate Hotel, where his family was hosting a fundraiser.

Even his name sounded stable and strong. She felt a smile tugging at her lips. You were bad, all right. His friendship and his deep, confident voice had once been the salve to all of her worries, righting everything that had felt wrong during her college years. God, she missed him. One sinful Sunday night his voice had done more than soothe. It had slithered beneath her skin, fueling her desires, and he’d introduced her to his darker, sensual side. 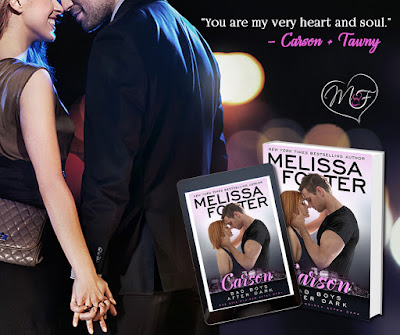 Melissa Foster is a New York Times and USA Today bestselling and award-winning author. She writes steamy contemporary romance and contemporary women's fiction—perfect beach reads—with emotionally compelling characters that stay with you long after you turn the last page.