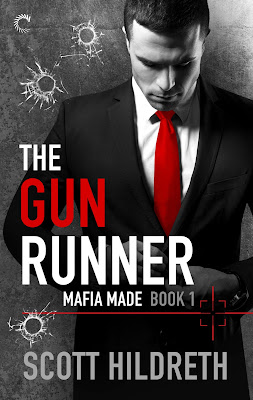 About The Gun Runner
The first book in a seductive new series from Scott Hildreth, the #1 Amazon bestselling author of Brawler and Hard Corps.

Tripp
Once, I took down terrorists on the front lines as a marine.
Now I'm in the business of bad.
I've sold guns to people others might not approve of.
I've eliminated the criminals, the lowlifes and the thugs who've tread on my turf.
And I looked the Sicilian Mafia boss in the eye and told him to f*** off.
No one tells me no, unless it's their last word.
I didn't just act the part of bad—I lived it. Then she stumbled into my life.
I tried to stay away from her. Tried focusing on moving my merchandise. But one smile from Terra was like a shot to the heart.
She's mine now. And no one threatens what's mine.

Terra
I've seen a lot of terrible things in my life.
I grew up around lies and deception, and I ran away from all of them.
Until I met him.
I knew he was corrupt. I knew he was dangerous.
I should have stayed away, but my attraction to him, my need for him, overrode my logic.
Now I love him.
If he finds out who I am, we're done and I'll be nothing.
I never wanted to be the Mafia princess they tried to make me, but mia familia had other plans. And what mia familia wants…it gets.
Only Michael Tripp can save me.

Note: Tripp and Terra's story continues in book two of Mafia Made, The Game Changer. 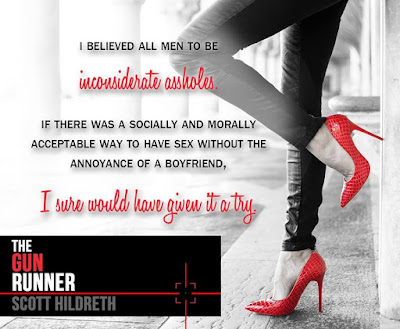 Read my four-starred review of The Gun Runner.

Add The Gun Runner on Goodreads. 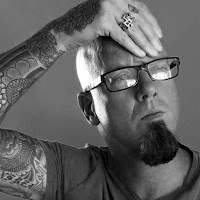 Born in San Diego California, Scott now calls Wichita, Kansas home. Residing in Kansas with his wife, Jessica, and six children, he somehow finds twelve hours a day to work on his writing. A hybrid author who has published more than two-dozen romance and erotica novels, his three book series through Harlequin is due to start release with the first book in summer 2016.

Scott has spent his entire life pushing boundaries, and his writing is no exception. Addicted to riding his Harley-Davidson, tattoos, and drinking coffee, he can generally be found in a tattoo shop, on his Harley, or in a local coffee house when not writing.

Loyal to the fans and faithful followers who allowed him to make writing a full-time career, Scott communicates with his followers on Facebook almost daily. He encourages his readers to follow him on Facebook and Twitter. 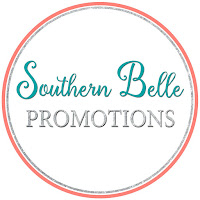