Cover Reveal: Because You're Mine by Claire Contreras 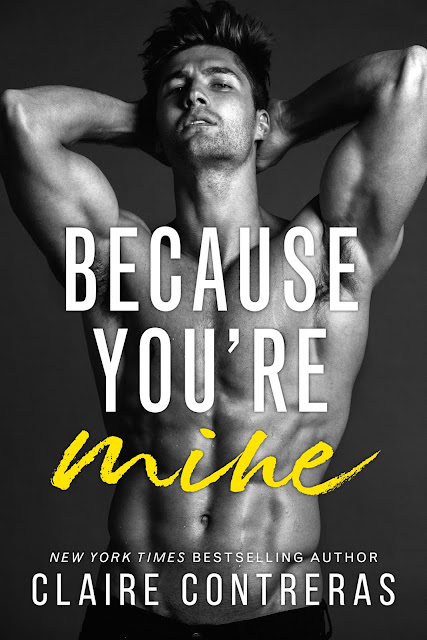 Because You're Mine
by Claire Contreras
Release Date: July 12, 2018

About Because You're Mine
When you grow up in the most feared mafia family, it's easy to identify the kind of men that are bad news.

From the minute I laid eyes on Lorenzo, I knew he wasn't just bad news.
He was the headline.

My opinion didn't change on our second meeting.

But my head and my heart are at war.

He’s too mysterious, too gorgeous, too wild, and now, he wants me.
I should run far away.
So why am I racing toward him?

I’m totally going to get burned.
I know it.
A man like Lorenzo won’t leave me unscathed.
He'll make ashes of me.

Add Because You're Mine on Goodreads. 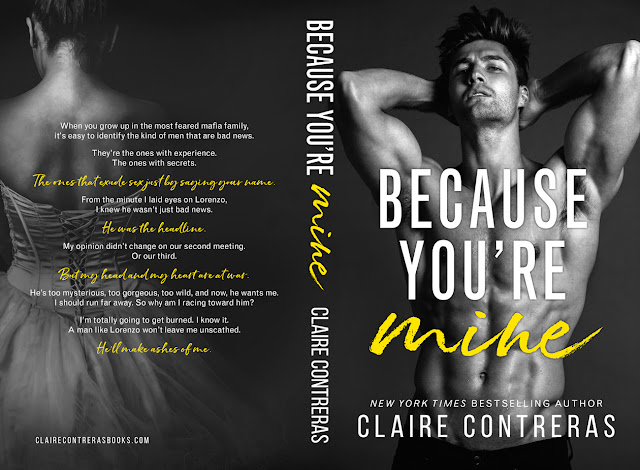 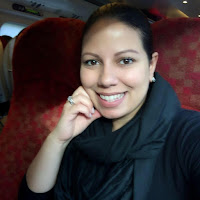 Claire Contreras is a New York Times bestselling author. Her books range from romantic suspense to contemporary romance and are currently translated in seven different languages.

She lives in Miami, Florida with her husband, two adorable boys, three bulldogs, and two stray cats that she refuses to admit are hers (even though they live on her porch, she named them, and continues to feed them). When she's not writing, she's usually lost in a book.