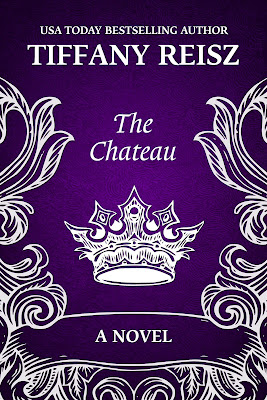 About The Chateau
As the Jack-of-All-Wicked-Trades for a secretive French military intelligence agency, Kingsley Boissonneault has done it all—spied, lied, and killed under orders. But his latest assignment is quite out of the ordinary. His commanding officer's nephew has disappeared inside a sex cult, and Kingsley has been tasked with
bringing him home to safety.

The cult’s holy book is Story of O, the infamous French novel of extreme sado-masochism. Their château is a looking-glass world where women reign and men are their willing slaves. Or are they willing? It’s Kingsley’s mission to find out.

Once inside the château, however, Kingsley quickly falls under the spell cast by the enigmatic Madame, a woman of wisdom, power, and beauty. She offers Kingsley the one thing he’s always wanted. But the price? Giving up forever the only person he’s ever loved. 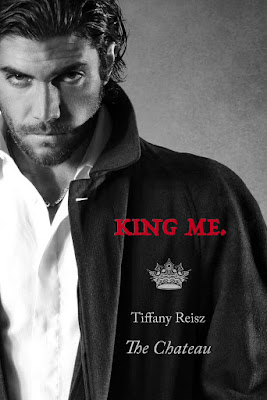 Read my five-starred review of The Chateau.

Add The Chateau on Goodreads. 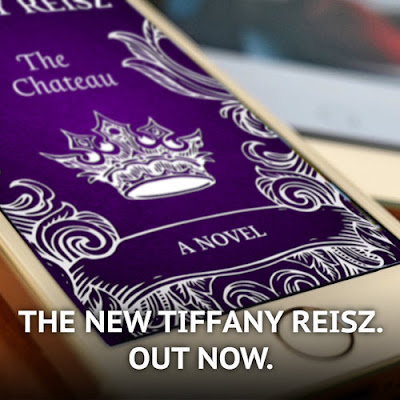 An Excerpt from The Chateau
In the novel Story of O, the woman, O, is taken to a château, and the minute she’s inside the house, four men take turns ravishing her. Kingsley wondered if such a thing was about to happen to him now as he waited on his knees in the hotel room. Would he be grabbed, stripped, violated, raped? Myriad lurid scenarios ran through his mind. But it seemed the mysterious stranger had other ideas. He heard the door lock. He heard a woman’s prim footsteps, first on the hardwood floor and then on the rug. Then he sensed her standing directly behind him. He inhaled deeply and smelled lavender water, the kind his mother used to wear.

“Don’t speak,” the woman said. It was the voice from the phone, who'd ordered him to wait at the hotel. “Only speak when I ask you a direct question. I’ll speak in French. You answer in English. If someone is eavesdropping it’ll make it a little harder on them. Do you understand?”

“Yes,” Kingsley said, en anglais. He wondered how she knew he knew English. Had his American accent been that convincing?

“I’m going to touch you,” she said. “If you have an objection to that, then I don’t know why you’re here.”

Again, Kingsley did not speak. He had absolutely no objection to being touched. Not by her, anyway.

He waited, eyes closed, and felt a soft touch on his head, a stroke of fingers through his hair.

Kingsley tensed, but didn’t speak. He knew better than to say anything to that sort of accusation.

“You told me you were handsome. You aren’t,” she said. “You’re exquisite.”

Kingsley almost said something to that. Something like, “Will that be a problem?” But she’d only made a statement. Until she asked a question, he wasn’t allowed to speak.

Not being allowed to say “thank you” to a compliment of that magnitude was mild torture.

She stroked his hair again. His eyes were open, but he couldn’t see her as she stood beyond the farthest edge of his peripheral vision. That explained partly why the curtains had to be closed. Otherwise he could have seen her reflection in the window.

She touched his forehead and now Kingsley felt the silk of gloves against his skin. Her touch was gentle, soothing, and the second he relaxed into it, she put a knife to his throat.

That made two of them.

“Very good,” she said. “Even with a knife at your throat you hold your tongue. Someone’s trained you very well.”

Kingsley still did not speak. He knew he could overpower her if he needed to, but would she make a fatal stab first? Better to wait it out, behave, play along.

“Someone sent you to me. Who was it and what did he tell you?” she asked. “If you tell me even one lie I will slit your throat. And yes, I will know if you lie.”

She’d asked him one direct question. Therefore he was allowed to speak.

“I’m employed by an intelligence agency without a name,” he said. “French military. Officially unofficial. Leon isn’t my friend. He’s my commanding officer’s nephew. They think you’re holding him against his will. They asked me to get him out. If he wants out.”

“Leon is your commanding officer’s nephew,” she repeated, sounding amused. “So that’s the game, is it?”

“I don’t care about the boy,” he said. Kingsley wasn’t sure what she meant by “the game.” He hoped he lived long enough to find out.

“Then why did you come here?” 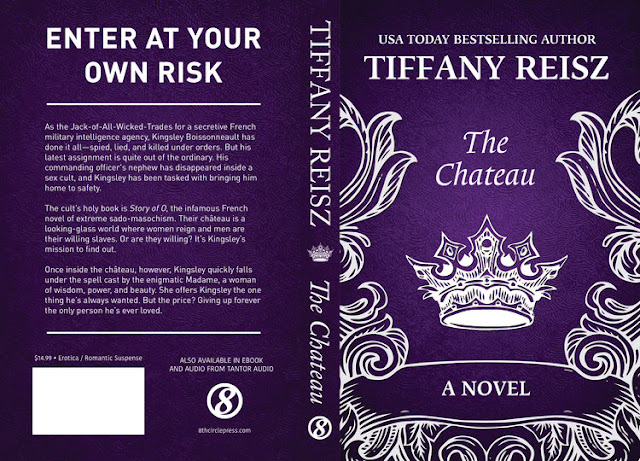 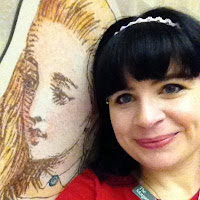 Born in Owensboro, Kentucky, Tiffany graduated from Centre College with a B.A. in English. She began her writing career while a student at Wilmore, Kentucky's Asbury Theological Seminary. After leaving seminary to focus on her fiction, she wrote The Siren, which has sold more than half a million copies worldwide.

Tiffany lives in Lexington, Kentucky with her husband, author Andrew Shaffer, and two cats. The cats are not writers.